Bowel Cancer UK has launched its new-look online shop, to raise money to help stop more people dying of the disease and provide support for those affected by it. 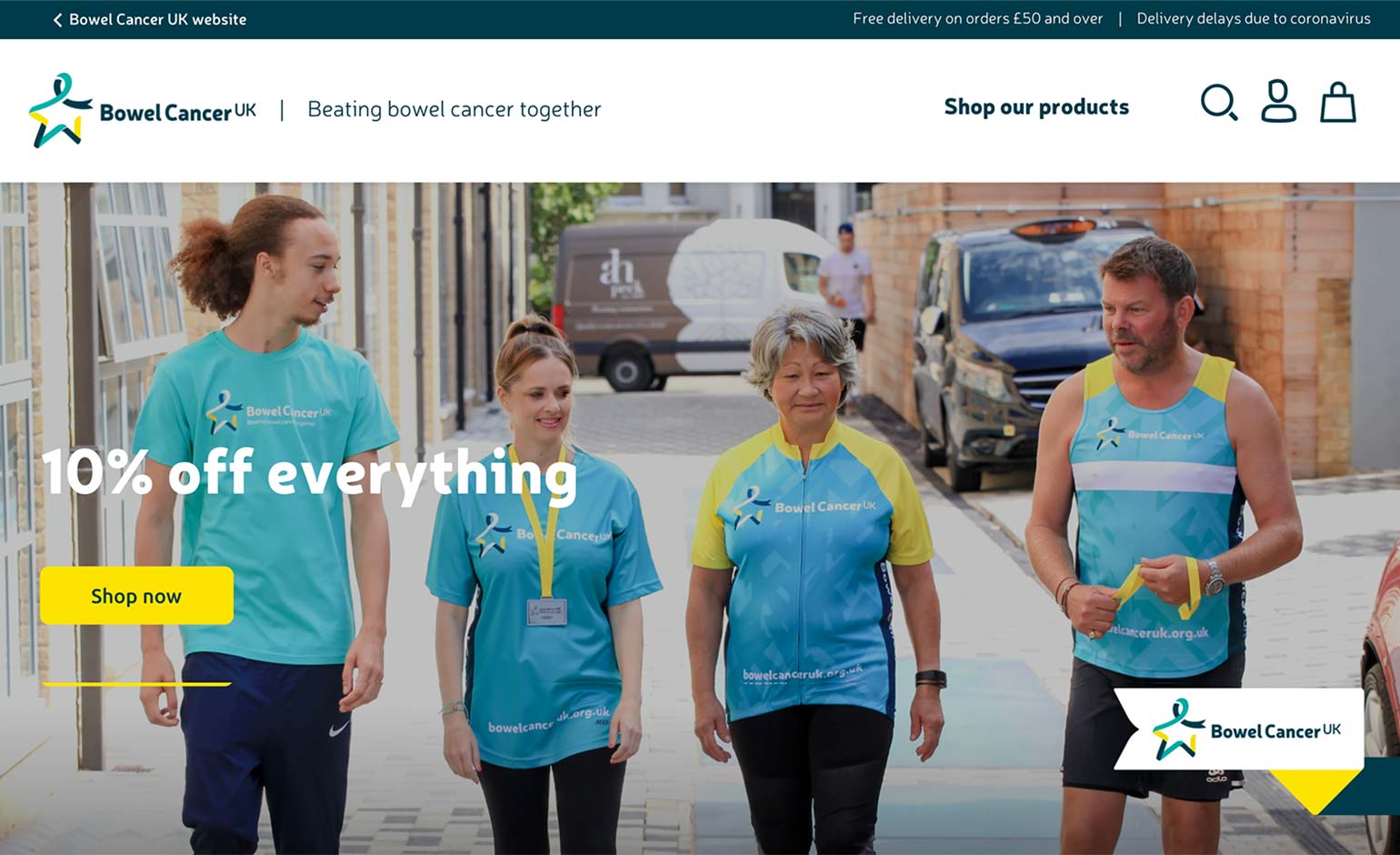 The charity has partnered with Bath-based agency blubolt, which has designed the web page and shop for Bowel Cancer UK for free.

Since then, his company has joined forces with Bowel Cancer UK to help raise awareness of the disease and provide support and expertise on a pro-bono basis.

Chris said: “Bowel Cancer UK has been close to our hearts for the last few years and it has been important for us as a company to do what we can to support them.

“Helping with their new eCommerce website was the ideal opportunity for our team to collectively use our talents to give back in a meaningful way.

“The team at Bowel Cancer UK have been an absolute pleasure to work with and we really hope their new online shop helps with their fundraising efforts.”

Amy was only 31 when she was diagnosed with advanced stage bowel cancer in 2017. She had lost her baby, Leo, to stillbirth at six months in January 2017, and weeks later spoke to her GP after having nausea, loose stools and abdominal pain, and blood in her poo.

After being referred for a colonoscopy for suspected IBS, Amy had to wait a number of months for the procedure, during which time she had to visit A&E, as her pain was so bad.

She was eventually diagnosed with bowel cancer, but unfortunately chemotherapy and surgery to remove her tumour were unsuccessful.

Helen Read, Stewardship Manager at Bowel Cancer UK, said: “We’re so grateful to Chris and the blubolt team for generously giving their time and creative expertise for free to design this important website.

“We hope that everyone will visit the shop and buy something from our new range. More than 268,000 people in the UK are living with bowel cancer, and supporting the charity in this way will help to raise funds for those affected by the disease.”