An iconic limited-edition graphic by Bob Dylan, hand-signed by the artist himself, will be unveiled at a gallery in Bath later today, Friday 30th August. 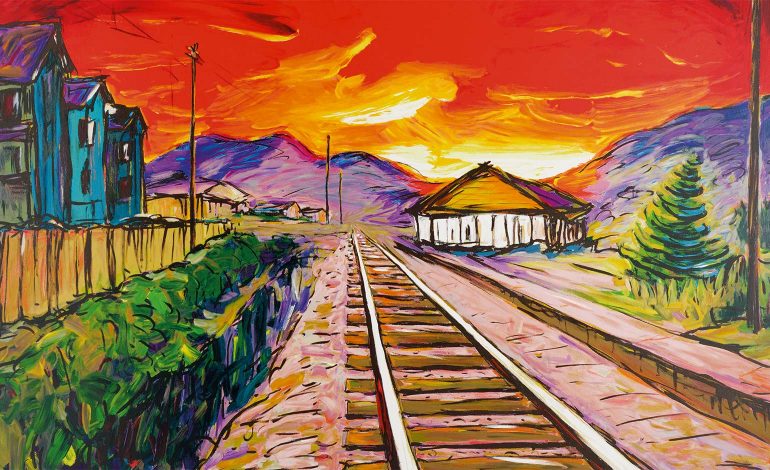 The Train Tracks graphic will be available to purchase from Castle Fine Art on Old Bond Street, priced at £14,950.

In a world-first, the graphic has been released as a limited-edition silkscreen print in landscape form and has been framed with museum glass.

The most technically sophisticated glazing for artworks, museum glass is used in world-renowned establishments like the National Gallery and is virtually invisible in controlled lighting conditions, allowing intricate details to stand out.

Train Tracks was first released in 2008 to great critical acclaim and has become synonymous with Dylan and his travels across America, symbolised by the expanse of railway line, surrounded by an anonymous landscape.

Taken from The Drawn Blank Series, which comprises sketches created by Dylan between 1989 and 1992, the piece boasts his signature, loose lines and instinctive brushstrokes.

Karen King, gallery manager at Castle Fine Art, Bath, said: “Ever since Bob Dylan released the first instalment of The Drawn Blank series in 2016, the Train Tracks graphic has become symbolic to collectors all around the world.

“We feel very privileged to unveil the graphic as a silkscreen in landscape form – a world-first from Bob Dylan.

“There will only be 195 editions of the graphic made available worldwide, so we urge anybody interested in purchasing one to contact the gallery sooner rather than later.”