A number of boats along the River Avon in Bath have either sunk or been partially submerged after a mechanical failure of sluice gates at Twerton. 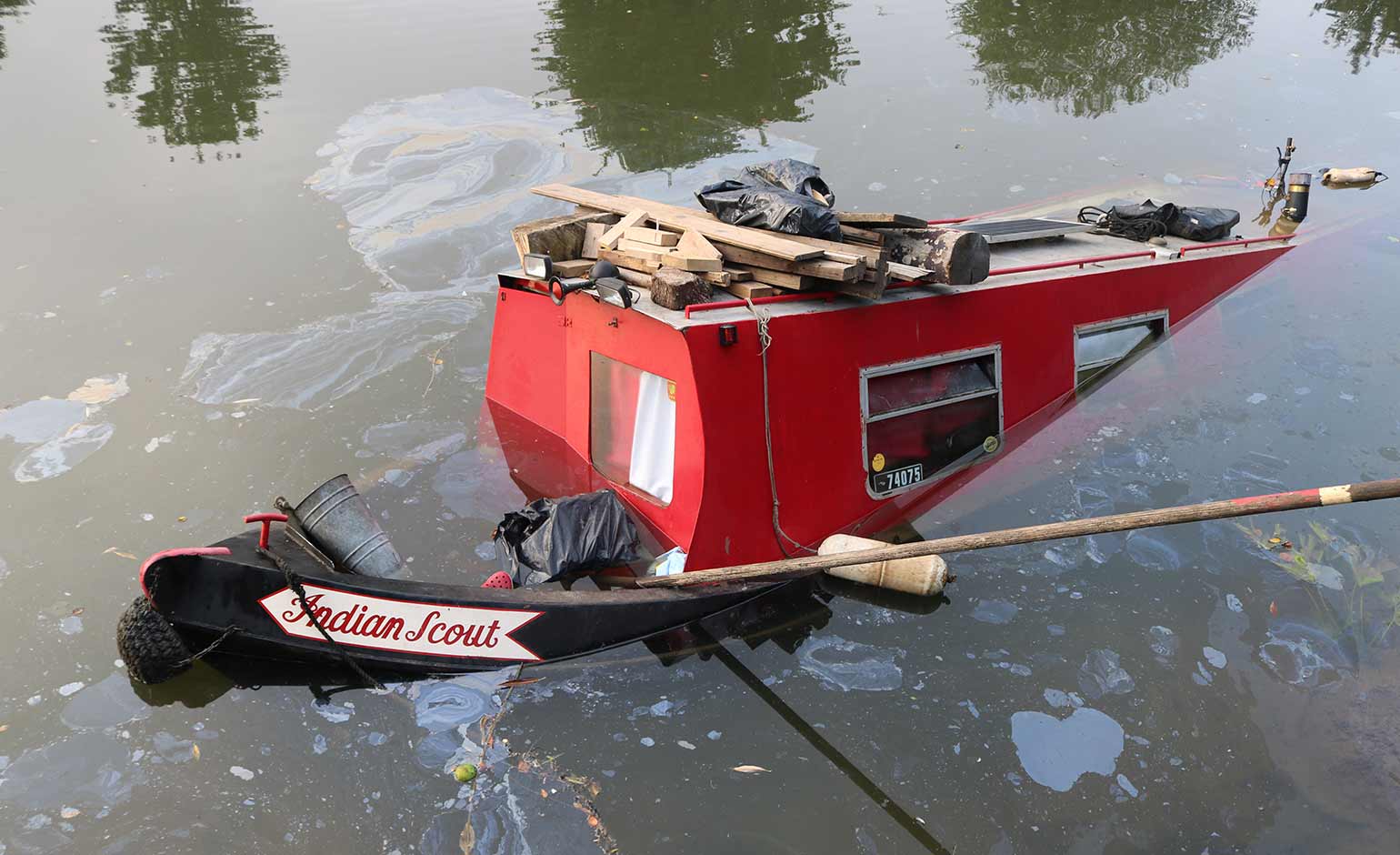 Emergency services were called at around 6.45pm yesterday evening to reports of the water level in the river dropping, causing some boats to tip over.

Crews from the Bath, Bedminster and Temple fire stations were mobilised to reports of the incident. 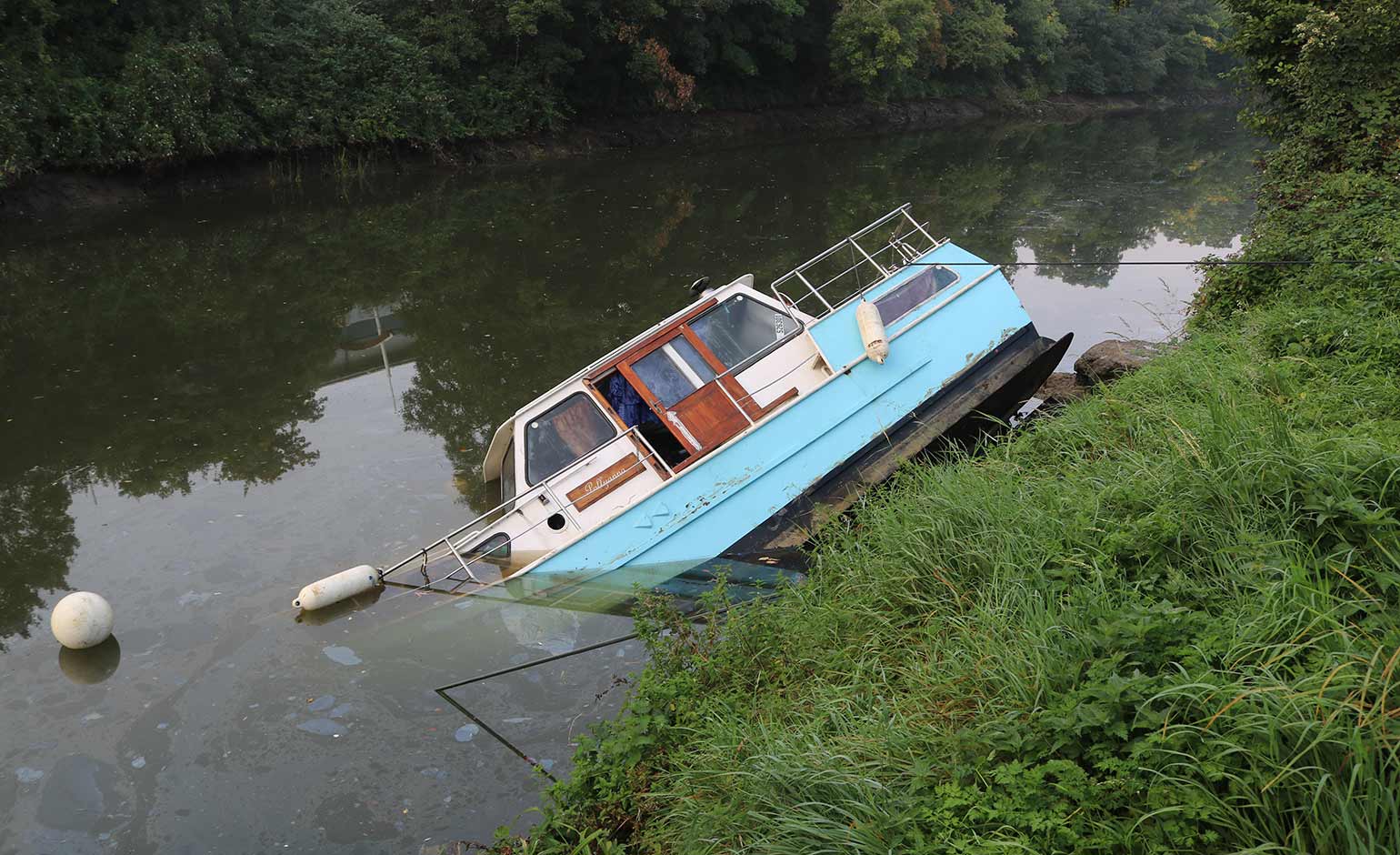 Some boats have tipped into the water | Photo © Bath Echo

Their swift water rescue team entered the river to check all boats on the river were unoccupied.

“This has resulted in a drop to the river levels along the River Avon and Kennet and Avon canal and we are aware of a number of boats impacted. 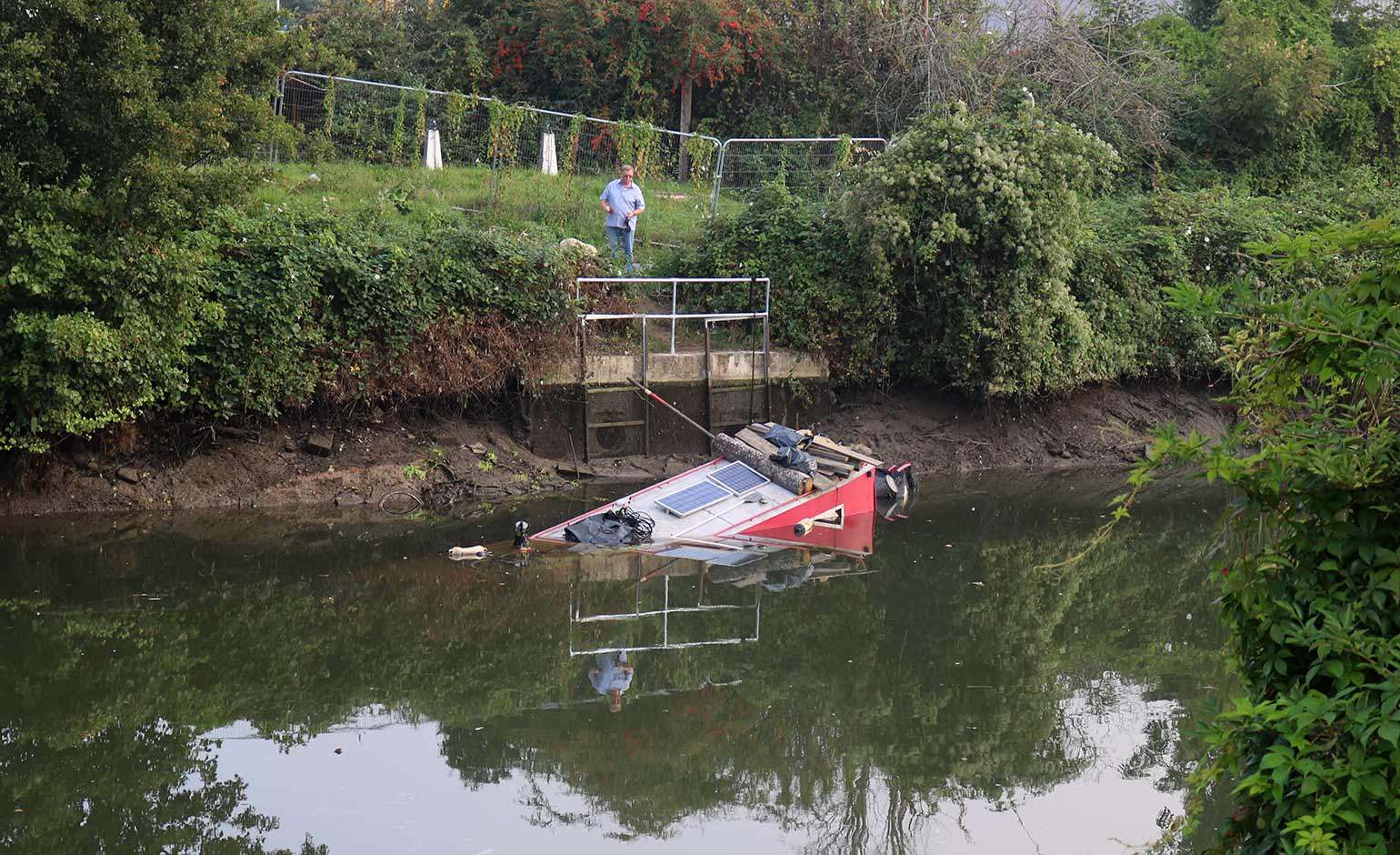 The Indian Scout narrowboat that has sunk | Photo © Bath Echo

“We have a team on site and the gate has now been closed and is working in manual operation.

“We are working with the Fire & Rescue service, the Canal & Rivers Trust and other partners to manage the restoration of the river levels in the most safe and effective way.”

Monitoring data from the Twerton site suggests the water level dropped by around 1.8m between 5pm and 6.30pm. 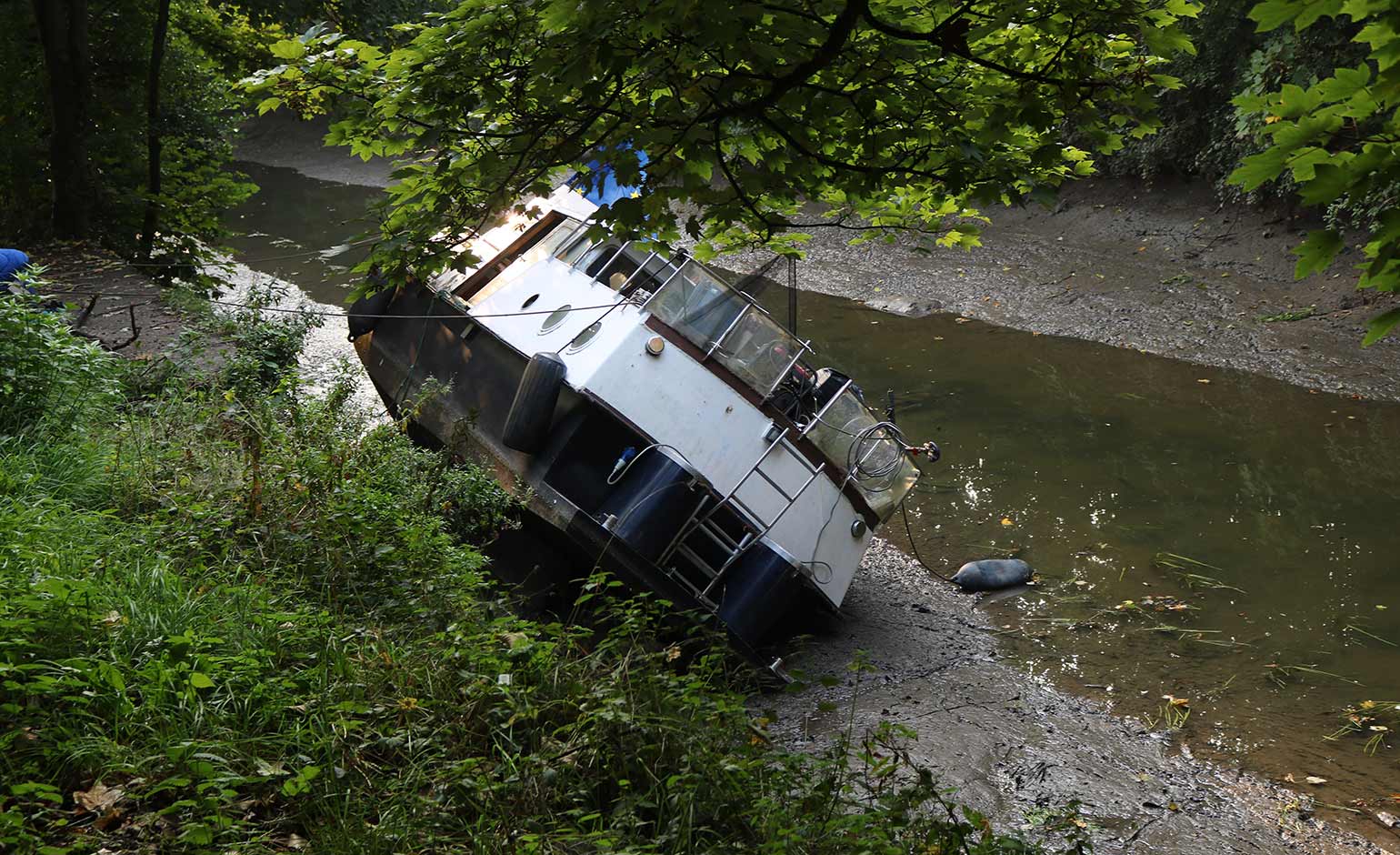 A message on the Canal & River Trust website reads: “Please be advised that due to mechanical failure of the Environment Agency sluice gates at Twerton the water levels between lock 6, Weston Lock and Lock 7, Bath Bottom Lock are currently dropping rapidly. 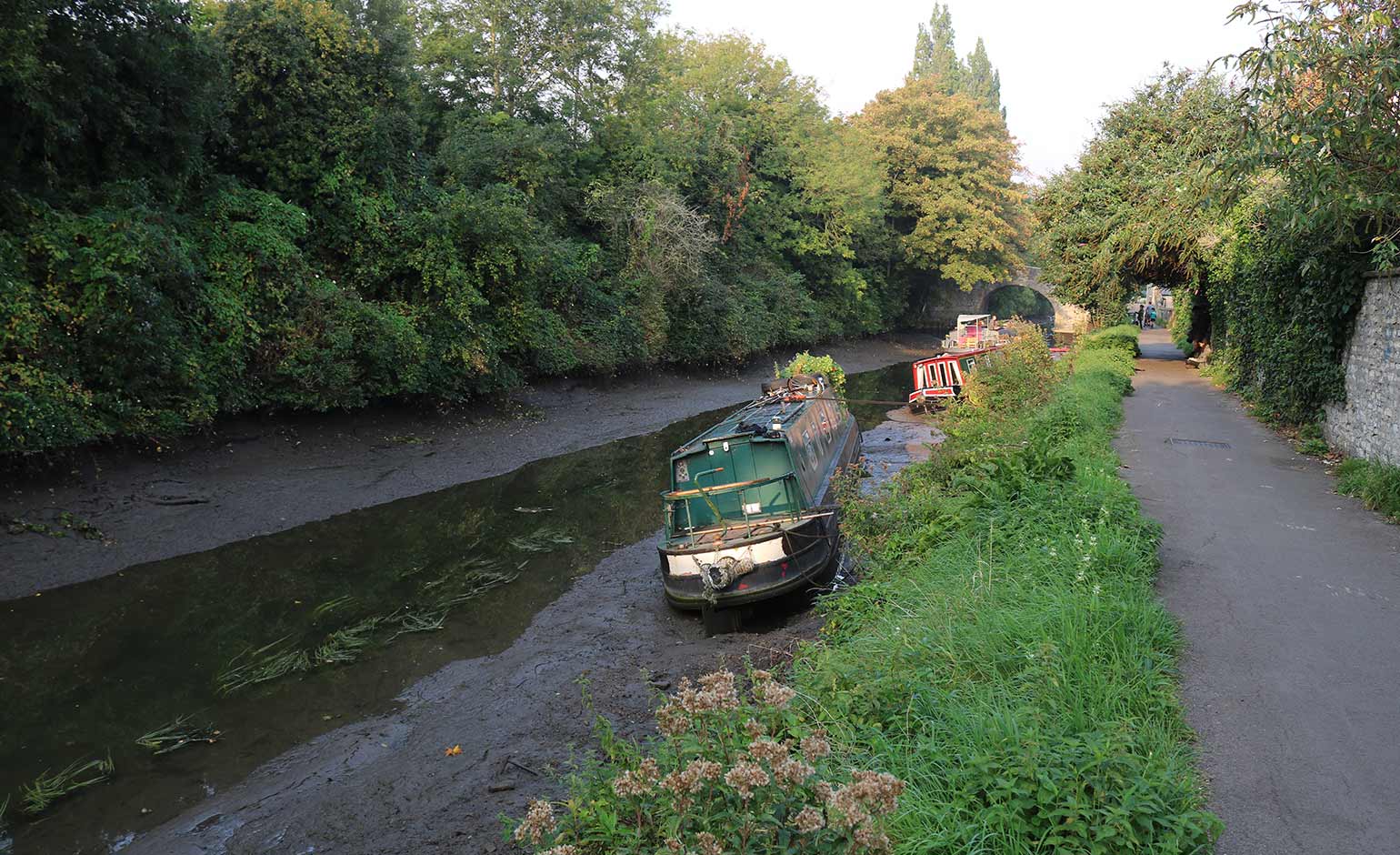 “The Environment Agency have been informed and their engineers are on [the] way to [the] site however we are advising customers not to navigate. The emergency services are in attendance.

This latest incident follows a similar failure in October 2019, which left a number of boats stranded in the water.