Millions of pounds are going to waste on mobility equipment and daily living aids across the local area, that campaigners say could be reused, a BBC investigation has found. 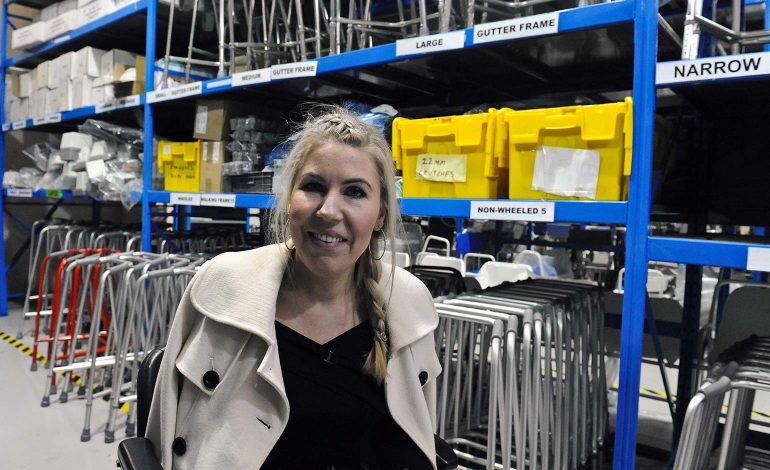 Items such as walking frames, crutches, wheelchairs, furniture raisers, grabbers and raised toilet seats are being thrown away, rather than cleaned up and handed on to new patients.

The total spent on the equipment over the year was £17.5 million.

The investigation was broadcast on BBC Inside Out West yesterday evening, Wednesday 20th February.

The team interviewed a man who tried to return equipment his mum used, but was told to throw it away.

Christopher Shaw said: “I was able to return the Zimmer frame to the hospital…the rest of the kit I approached the local authority and discovered that nobody would take it and they actually suggested I take it to the local tip.”

To replace Christopher’s mum’s equipment would cost between £150-£200.

“I find that quite shocking”, added Mr Shaw. “If you multiply by all the people in my mother’s village who have this sort of kit, and then you multiply that by the number of villages in the area it is a huge amount of money.”

Across England, £207 million pounds a year is spent on daily living aids like walking frames and crutches. The kit is provided by local authorities and hospital trusts.

The BBC’s Disability Correspondent Nikki Fox looked at figures on returned equipment across the country using information obtained by the BBC from a Freedom of Information Act request.

Excluding equipment provided by the NHS, the research showed councils alone across England spent £187 million pounds last year handing out around three and a half million items.

Just over two million were returned – although that includes equipment that could have been on loan for several years.

Councillor Ian Hudspeth, Chairman of the LGA’s Community Wellbeing Board, said recycling may not be cost effective.

He explained: “Councils are committed to providing the best possible care for their residents, including making every effort to collect or recycle daily living aids.

“Each council has to balance the costs of collection cleaning and reissuing devices against the costs of providing new equipment.

“It is not always financially viable to collect or recycle daily living aids, especially given the difficult financial pressures currently facing councils, with an estimated funding gap of £8 billion expected by 2025.”

You can watch Inside Out from Wednesday 20th February on BBC iPlayer here.