A 97-year-old Normandy veteran from Bath has been announced as one of the Batonbearers for the Birmingham 2022 Queen’s Baton Relay event in Bath next week. 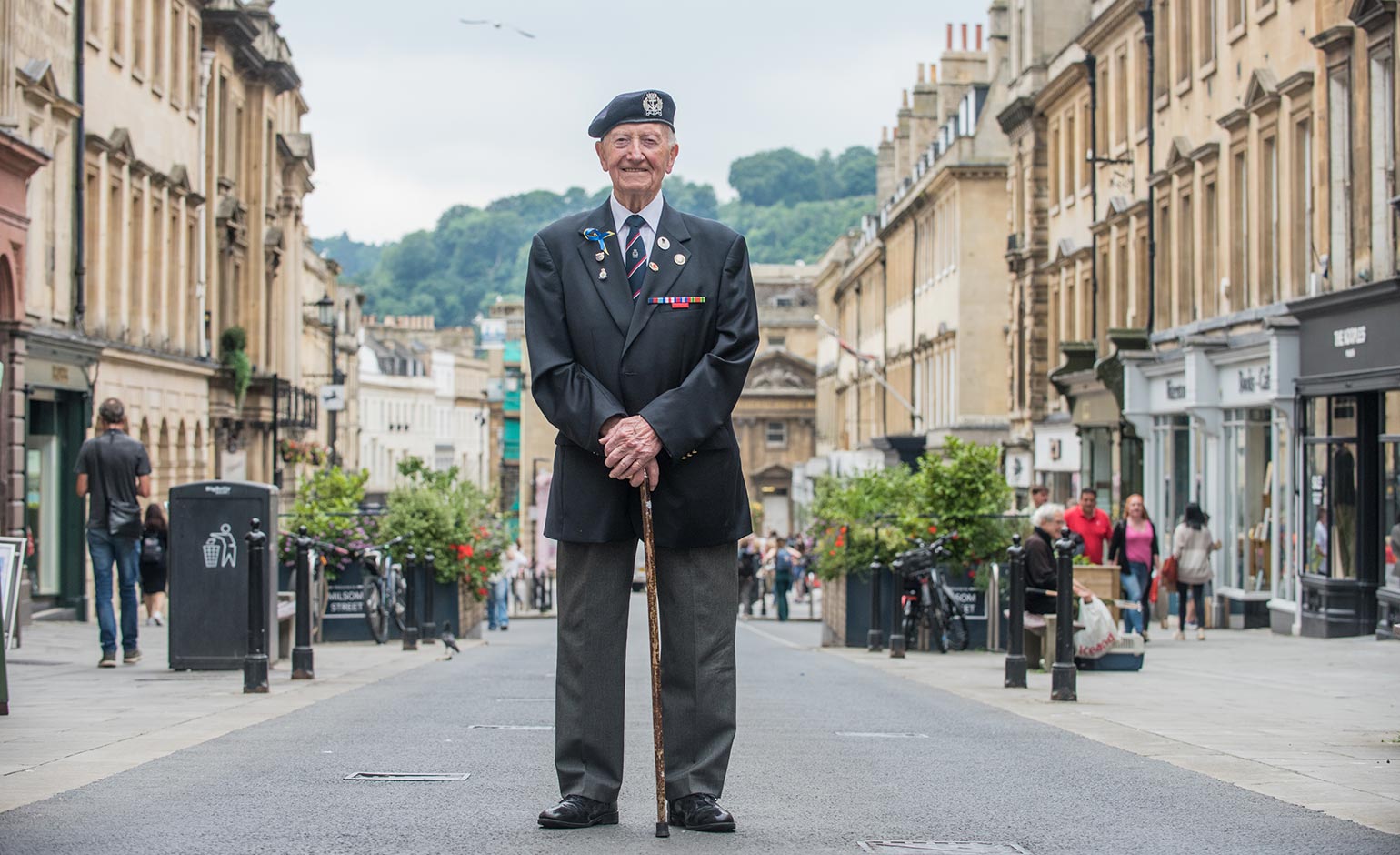 Stan Ford, who was rescued from the English Channel after his allied ship was hit by a torpedo, will join the other eight Bath Batonbearers including Olympic, Commonwealth and European swimmer Sharron Davies and Paralympic swimmer Stephanie Millward MBE.

On the day his ship, HMS Fratton, was sunk off the Normandy coast on 18th August 1944, Stan suffered a fractured spine and injuries to both legs. He still wears leg callipers today.

Also announced as Batonbearers are Army veteran Charly McNelis from Corsham who raises awareness of cancer after being diagnosed at the start of lockdown, and Pippa Tilney from Bristol who champions the social and mental health benefits of sport.

UK and world number one in Modern Pentathlon, Kate French, will also carry the baton alongside Ed and Lois Jackson from Bath.

Ed, a former rugby player, was left quadriplegic after a diving accident and with his wife Lois set up Millimetres 2 Mountains, an initiative taking people with physical and mental ill health on mountain expeditions to aid recovery.

Oliver Westcombe from Weston-super-Mare is a Batonbearer representing SLX, which will provide the lighting for Birmingham 2022.

Although too young to be nominated as an official Batonbearer, quadruple amputee and meningococcal septicaemia survivor Harmonie-Rose Allen will welcome the baton at the Roman Baths.

Stan said: “I’ll be carrying the baton along Milsom Street and I’m very much looking forward to taking part in the relay. I was having dinner with my daughter when I got the call and my family and I are all so excited.”

Councillor Kevin Guy, council Leader, said: “The baton’s arrival in Bath is a wonderful opportunity for people to get involved with the Commonwealth Games and will celebrate all the city has to offer.

“With only a week to go until the big day, it’s been exciting to find out who the Batonbearers will be and hear their personal stories.

“The Queen’s Baton Relay is a chance for us all to be inspired by what sport and the communities around it can achieve. Make sure you join in and watch the baton’s journey.”

The relay began on 7th October 2021, with Her Majesty The Queen placing her Message to the Commonwealth into the baton.

The baton is now on its 294-day long journey to every corner of the Commonwealth. It is set to travel the length and breadth of England for a total of 29 days, before culminating at the opening ceremony for Birmingham 2022 on 28th July 2022.