The National Trust could become the owners of Bathampton Meadows as part of proposals being considered by Bath & North East Somerset Council. 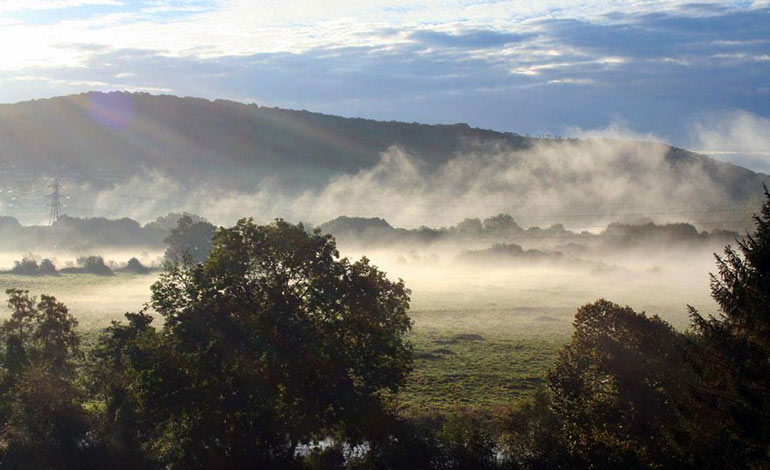 The deal forms part of a report being considered by Councillor Richard Samuel, cabinet member for Resources, which says transferring ownership of the 24-hectare site to the National Trust would ensure more of the land is opened up to the public while being protected in perpetuity for future generations.

The land transfer would form part of the local authority’s Bath River Line project, which is working to transform a ten-kilometre stretch of the river corridor from Newbridge to the west of Bath to Batheaston to the east.

The report before Cllr Samuel says the transfer of the freehold interest in the meadows would “secure social and environmental benefits” and also support the council in addressing the climate and ecological emergency.

It has been recommended that the transfer contains restrictive covenants, limiting and restricting the use of the land to agricultural/grazing uses in perpetuity and that a further restriction be imposed that no buildings or other structures are to be erected on the land, again in perpetuity.

Plans to spend millions of pounds transforming the site into a park and ride site serving the east of Bath were shelved in 2017, after fierce opposition from the public.

“In this report I am being asked to carefully weigh up the long-term social and environmental benefits to residents and to our area of this transfer against the loss of a capital receipt from the land.”

Under the proposed Community Asset Transfer the National Trust would pay a peppercorn for the freehold of the land and work to maximise the benefits of the site including:

The report also identifies as a benefit of the asset transfer the National Trust’s statutory power to declare land “inalienable”.

This means it cannot be voluntarily sold, mortgaged or compulsorily purchased against the charity’s wishes without special parliamentary procedure.

The National Trust would be able to work with neighbouring landowners, such as Avon Wildlife Trust, to develop a joint management plan, supporting the delivery of a Nature Recovery Network.

Councillor Dine Romero, Leader of the council added: “Bathampton Meadows is of huge significance to our communities and beyond. Securing its future is crucial to our Bath River Line project which we are developing with support from the West of England Combined Authority.

“We want to improve the towpath, parks, open spaces and public realm next to the river to benefit our communities and nature and support sustainable transport infrastructure.

“Transferring Bathampton Meadows to the National Trust would help us to meet those objectives while supporting our commitment to tackle the climate and ecological emergency and achieve carbon neutrality in Bath and North East Somerset by 2030.”

The proposed transfer does not include the ten-hectare nature reserve at Bathampton Meadows which is managed by the Avon Wildlife Trust, and the wetland and oxbow lake would remain in the ownership of Highways England.