The work of Bath-based artists Clifford and Rosemary Ellis, whose artistic partnership spanned more than five decades, will be celebrated in a new exhibition at the Victoria Art Gallery in Bath. 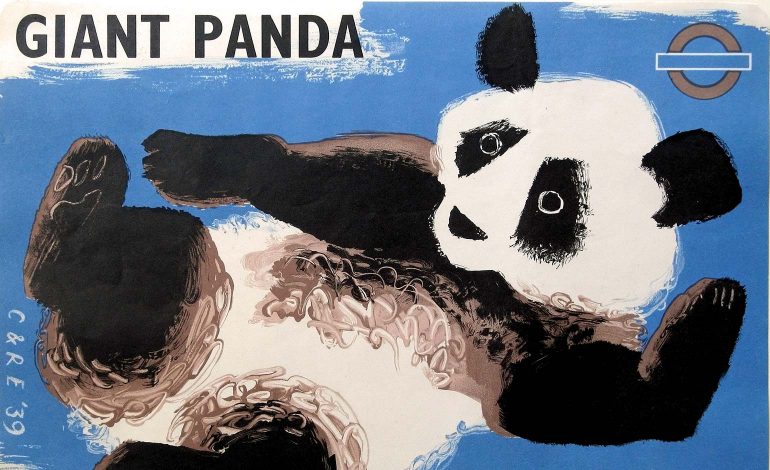 Clifford Ellis (1907-1985) was a graphic artist and illustrator who is perhaps best known for his time as head of the pioneering Bath Academy of Art, which was based at Corsham Court in Wiltshire from 1946.

Clifford was born in East Sussex and studied at St Martin’s School of Art and the Regent Street Polytechnic. This was where he met Rosemary Collinson (1910-1998).

After their marriage in 1931, they worked as partners designing iconic posters for London Transport and Shell, and book jackets for the Collins New Naturalist series.

Their imagery reveals an overwhelming interest in, and love of, the British countryside and the creatures that inhabit it. Signing their work simply ‘C&RE’, they also shared a love of fresh, bright colour and bold design.

After moving to Bath in 1936, Rosemary taught art at the Royal School, while Clifford became Assistant at the Technical College. After two years he was promoted to head of the Bath School of Art.

During the Second World War, the Ellises continued their teaching and design work and Clifford set up the Bath Art Club, with monthly lectures by prestigious speakers such as John Piper and Nikolaus Pevsner.

As part of the wartime Recording Britain project, Clifford was commissioned to depict the decorative ironwork on the city’s buildings, as the Ministry of Works was removing the iron to help the war effort.

The Ellises also created watercolours of bomb damaged buildings and VE Day celebrations in Bath. Many of these wartime works will feature in the exhibition.

The Ellis Family Archive was given to the Victoria Art Gallery in 2016, and is shared with the Bath Record Office. Making Art Matter will include many gems from the collection, including the wartime diary of Rosemary Ellis, posters designed in the 1930s for clients such as Shell and BP, and book cover artwork for the Collins New Naturalist series.

The exhibition will also feature paintings and prints by other artists who studied or taught at Bath Academy of Art, including Gillian Ayres, Howard Hodgkin and John Eaves.

Councillor Paul Myers, (Conservative, Midsomer Norton Redfield), cabinet member for Economic and Community Regeneration, said: “This will be a wonderful showcase of Clifford and Rosemary Ellis’s work, and a great insight into Bath’s history – from paintings of the city during the Second World War, to works by artists who taught at the trailblazing Bath Academy of Art.

“I hope that many residents will take the opportunity to see this fascinating exhibition, which will be free for local Discovery Card holders.”

The exhibition will be accompanied by a catalogue, a programme of talks in the Guildhall, and weekly tours.