The Bath Abbey Choir has released a new Christmas album, featuring a collection of twenty-one choral classics for the festive season. 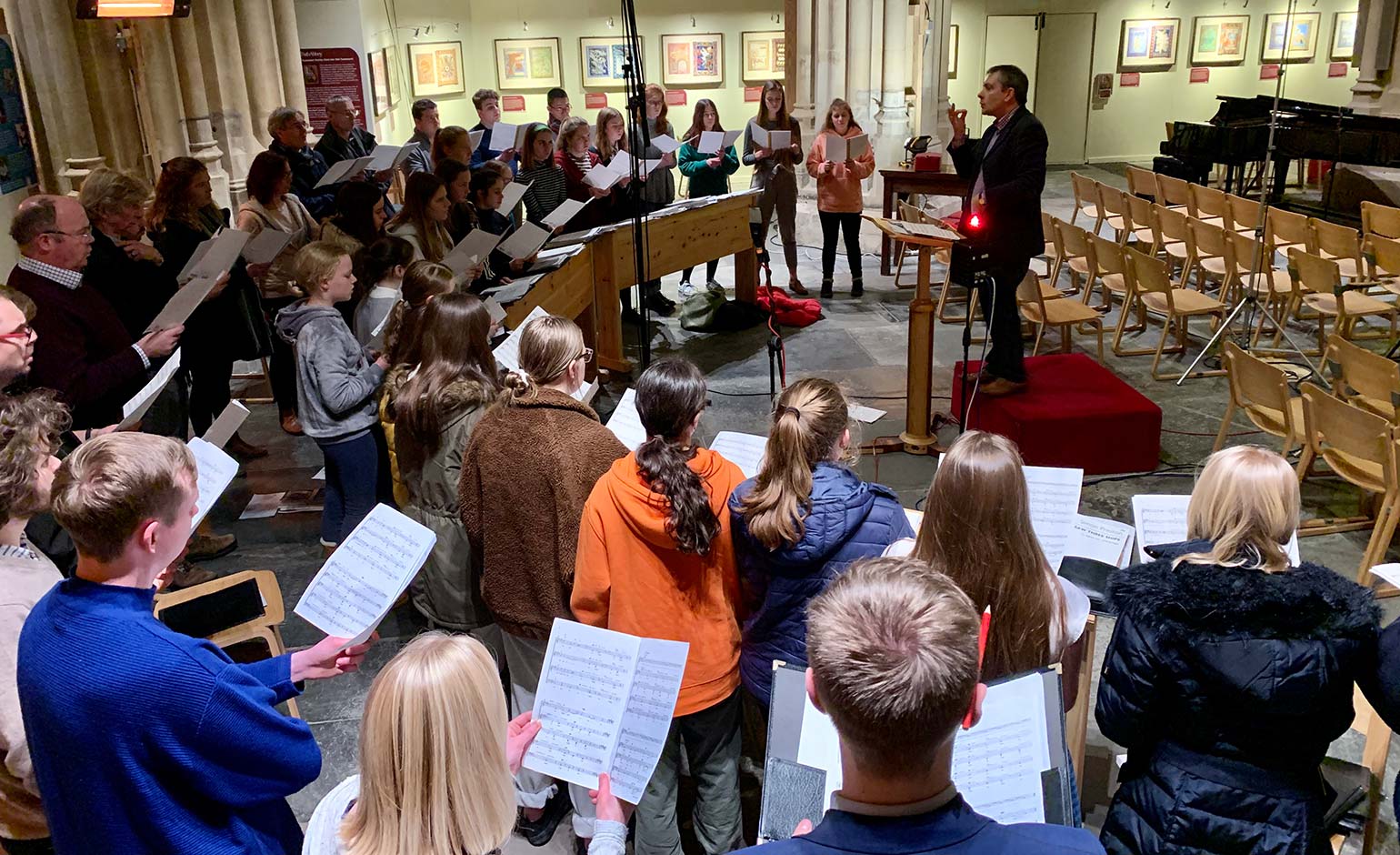 Titled ‘Gaudete’, it features old favourites such as ‘Hark the herald!’ and some surprises such as Whitacre’s luminous ‘Lux Aurumque’.

Another of the highlights on the new album is an original arrangement of ‘Away in a manger’ written by Huw Williams, while he was Director of Music at Her Majesty’s Chapel Royal, St James’ Palace, and was first performed at Buckingham Palace in December 2015 for Her Majesty The Queen’s Christmas Broadcast.

“The choirs worked extremely hard and practised for many weeks, and we’re delighted with the result.

“We’re very grateful to Gary Cole and Regent Records for their fantastic work and support on this recording. This year, more than ever we hope our music will bring people joy during the festive period particularly as it will be a difficult and anxious time for many.

“The best thing about this new recording is that it’ll give people the opportunity to enjoy Christmas music sung beautifully by our Choir in the Abbey, with its wonderful atmosphere and acoustics, from the comfort of their own homes – regardless of lockdown, Covid restrictions or whether or not the Abbey is open.”

The Abbey Choirs are widely regarded as amongst the finest in Britain, performing to the highest standard with regular broadcasts and concerts.

The Abbey has no choir school and consists of two separate treble lines, boys (aged 8 to 13) and girls (aged 11 to 18) with the lower voices sung by professional singers, adult lay-clerks.

The Bath Abbey Choir’s ‘Gaudete’ album is available to stream or buy from a variety of websites including Presto Classical, Spotify and iTunes.

However if you would like to support the Choir, the CD is available to purchase from the Abbey Shop, which will be open again once lockdown has been lifted.

In the meantime, it can be purchased by contacting the Abbey Office by email via [email protected] or by calling 01225 422622.