Three local Barclays branches, two in Bath and the other in Keynsham, were put out of action yesterday morning, Monday 2nd March, as part of a Greenpeace climate protest. 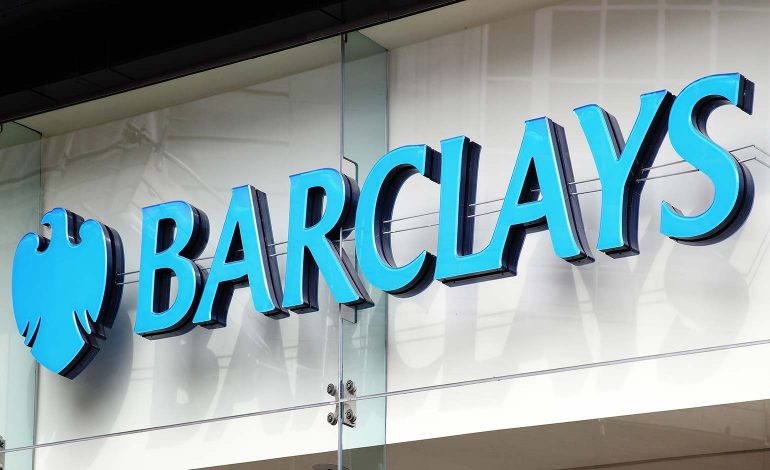 Over 95 Barclays high street branches across the country were shut down by Greenpeace activists as part of a national protest against the bank’s support for fossil fuels.

Greenpeace are demanding that Barclays, the biggest funder of fossil fuels among European banks, stop “propping up” oil, gas and coal companies and channel funding into renewable energy.

In the early hours of the morning, the two Barclays branches in Bath and one in Keynsham were rendered out of action by Greenpeace activists who disabled the doors, preventing staff from entering.

At targeted branches, images of Barclays customers bearing slogans such as Stop Funding Fossil Fuels and Stop Funding the Climate Emergency were plastered on branch windows.

Pop up exhibitions, manoeuvred into place and staffed by Greenpeace activists, blocked access to major branches of the bank in Belfast, Cardiff, Glasgow, London and Manchester.

The exhibitions displayed photographs of some of the worst climate emergency disasters in the four years since the Paris Climate Agreement was signed.

“From floods in Keynsham to bushfires across the globe and record heat in Antarctica, the impacts of this crisis are staring us in the face.

“Yet Barclays keeps pumping billions into fossil fuel companies at exactly the time we need to stop backing these polluting businesses.

“Banks are just as responsible for the climate emergency as the fossil fuel companies they fund, yet they’ve escaped scrutiny for years.

“We’ve shut down branches across the country to shine a spotlight on Barclays’ role in bankrolling this emergency. It’s time Barclays pulled the plug and backed away from funding fossil fuels for good.”

A Barclays spokesperson told the BBC: “We recognise that climate change is one of the greatest challenges facing the world today, and are determined to do all we can to support the transition to a low carbon economy, while also ensuring that global energy needs continue to be met.

“Greenpeace has a view on these issues to which they are completely entitled, but we would ask that – in expressing that view – they stop short of behaviour which targets our customers, and our colleagues, going about their lives in communities around the country.”