Bath Festivals and co-hosts Moles have teamed up to bring a showcase of unsigned talent to the city for the second year of Bath Introduces, and are inviting bands and artists to enter the competition. 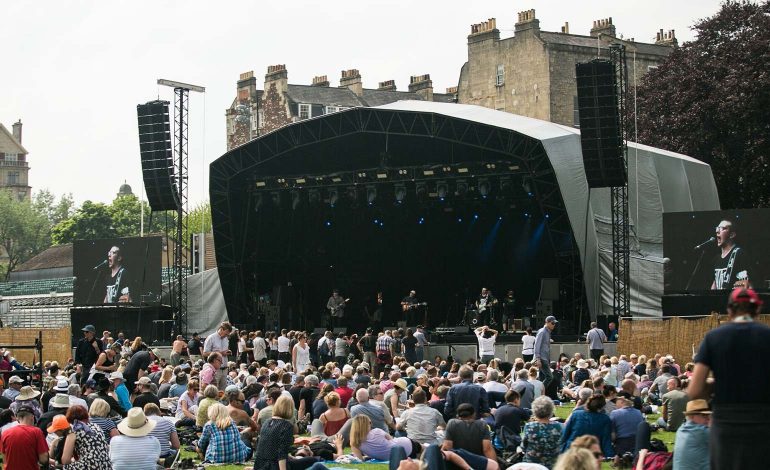 The finals of this year’s competition will be played out on the main stage at the big Bath Festival Finale Weekend in June, the same stage as Clean Bandit, Mabel, Corinne Bailey Rae and Van Morrison, who are all playing that weekend.

Bands and individual artists will compete to win the first prize of a full day’s recording with a professional engineer at the prestigious Real World Studios.

Tim Oliver, senior consulting engineer at Real World, said: “After such a successful first year we are proud to be back again to support Bath Introduces and I for one will always be up for developing emerging talent.”

The shortlisted acts will compete in three live heats held at Moles, the Pig and Fiddle and Komedia between 16th and 27th May.

Bath Introduces is open to all unsigned acts, of any age and any genre, and is free to enter.

Liam Baker, promotions manager at Moles, said: “This is a fantastic opportunity for unsigned artists to get themselves in the spotlight and to reach a wider audience. It’s going to be life changing for the winning act and we’re really happy to be involved.”

Last year’s winner Isobel Holly, added: “Simply being part of the competition was enough – I’m so grateful to have been able to play the main stage at the Festival Finale.

“Winning the Real World experience was the biggest cherry on the cake. Any upcoming local artists should definitely get involved.”

Artists and bands can submit their entries via: www.bathfestivals.org.uk/the-bath-festival/bath-introduces.

Entries will be forwarded to a panel of musical experts at Moles music club, which has been delivering live music to audiences in Bath for more than 40 years.

A shortlist will be drawn up from the entries, who will then be invited to play at one of the three heats.

A panel of music industry judges will be at the Finale Weekend to pick the winner. They include:

Entry opened on Wednesday 3rd April and closes on Saturday 11th May. The shortlist will be announced on Monday 13th May, and entrants must be available to play live at the heats.

The finalists will battle it out for the first prize in front of a festival audience on the main stage of the Festival Finale Weekend at Bath’s Recreation Ground over the weekend of Saturday 1st June and Sunday 2nd June.

The winner will be chosen at the Festival Finale Weekend.