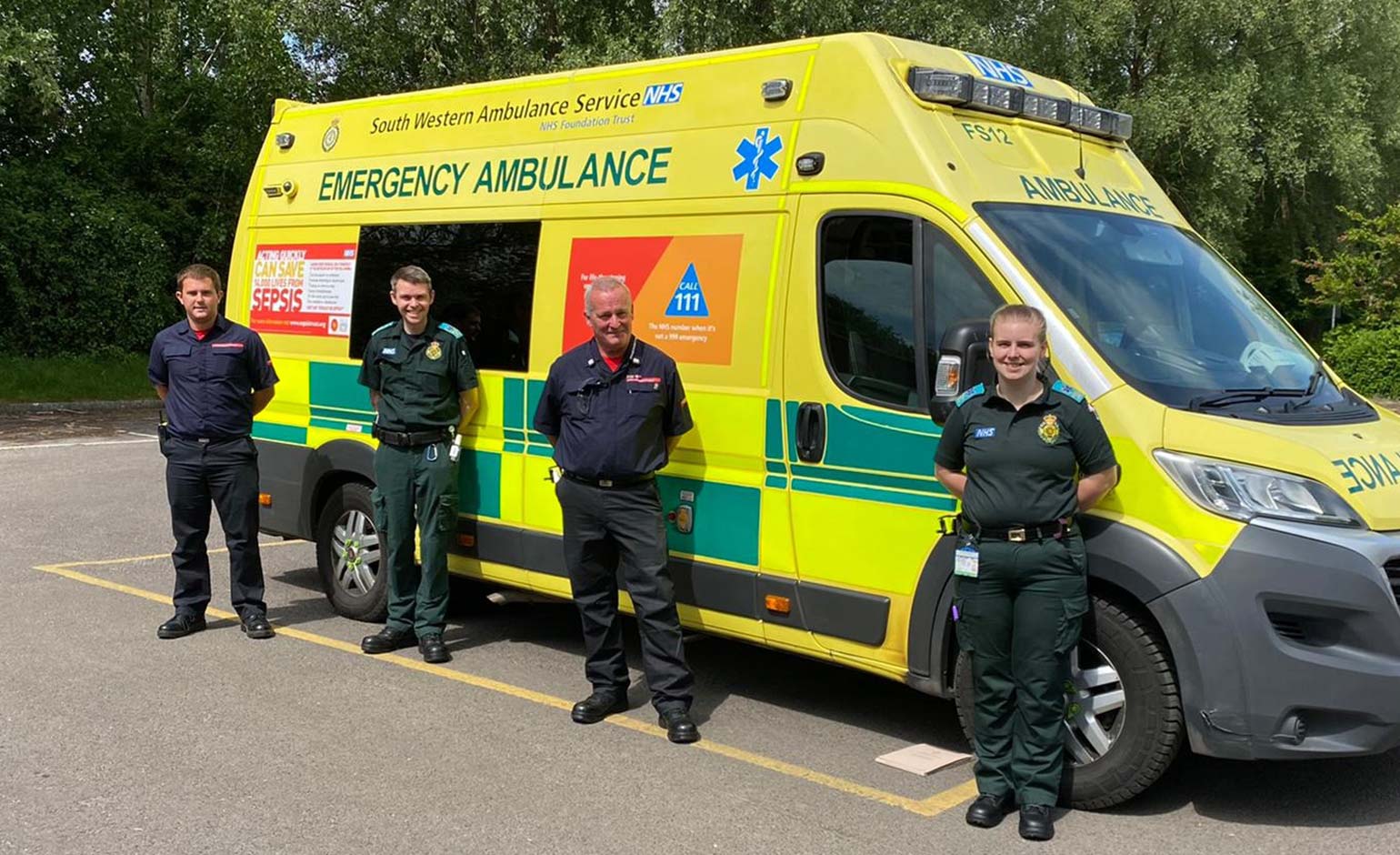 Over the 18 weeks of support, staff from AF&RS provided 238 shifts driving ambulances and responded to 787 incidents, with more than 80 category 1 incidents.

Throughout the course of the support, 32 staff from wholetime, day crewing, on-call and corporate staff drove two additional ambulances based at Nailsea fire station and co-located at SWASFT’s Bristol Ambulance Station.

Those involved were added to a weekly shift rota and the support was spread out across the organisation to ensure AF&RS maintained operational availability.

The move followed an agreement between the National Employers, National Fire Chiefs Council and the Fire Brigades Union to support local authorities and the NHS.

Iain Campbell, Station Manager and volunteer lead for AF&RS, said: “Working with SWASFT throughout this difficult time was a fantastic opportunity for our staff and the Service, but also meant we could support our blue light colleagues in a new and proactive way.

“We know that SWASFT’s modelling showed they would need extra resources during COVID but our staff put themselves forward in unprecedented ways to help, support and ensure there were adequate resources to deal with demand.

“We are incredibly proud of the ways in which we responded.

“The good feeling from the public during this time has been amazing and it’s been great for us to be able to offer this support to a fellow Service at this time.

“This situation has shown how flexible and committed our staff can be when striving to protect our communities during exceptional times and how we can collaborate and strengthen each other.

“The feedback has been overwhelmingly positive, with both organisations learning a lot about the other, how we both work and ways in which we can continue to strengthen.

“I would also like to thank the staff that supported this from a logistics point of view – Lee Comley and Victoria Williams-Locke – who worked tirelessly to ensure it was a success.”

SWASFT was the only Trust in England which approved fire service support to drive on blue lights and some on-call firefighters have already secured roles with the organisation as Emergency Care Assistants (ECAs).

Michelle Crossman, an On-Call Firefighter at Yatton who supported SWASFT, said: “This has been an incredible time and I am so happy that I was able to support.

“As on-call firefighters, we are often at the heart of the community and this was just another way in which we could support and assist.

“I learnt a lot from my time with SWASFT and hope partner with the organisation more in the future.

“We worked very well together and it is easy to see the benefits this brought to both organisations.

In March, SWASFT formally requested the five South West fire and rescue services to provide ambulance drivers as part of its Covid-19 response.

SWASFT invested in a fleet of 15 additional ambulances, which were driven by 45 volunteer firefighters across the South West, 24/7.

From mid-April, they attended lower priority calls with ECAs, but from the end of June, they worked alongside paramedics to respond to all categories of emergency.

The firefighters, wearing their usual uniform, responded to more than 4,500 incidents during the first three months of the scheme.

Derek McCullough, SWAFST Resilience Officer for Interoperable Capabilities, was responsible for setting up the scheme.

He said: “We are extremely grateful for the invaluable support we’ve received from all the region’s fire services since April, which has truly benefitted our service to patients.

“This partnership has been a really positive experience for both emergency services.

“AF&RS have helped to make a significant contribution to our patient care and our ability to respond to increasing demands on our service.

“Their support and teamwork has helped to make this project extremely effective.”