A retrospective of one of Britain’s most important 20th-century ceramic artists, James Tower, is set to go on show at the Victoria Art Gallery in Bath this autumn. 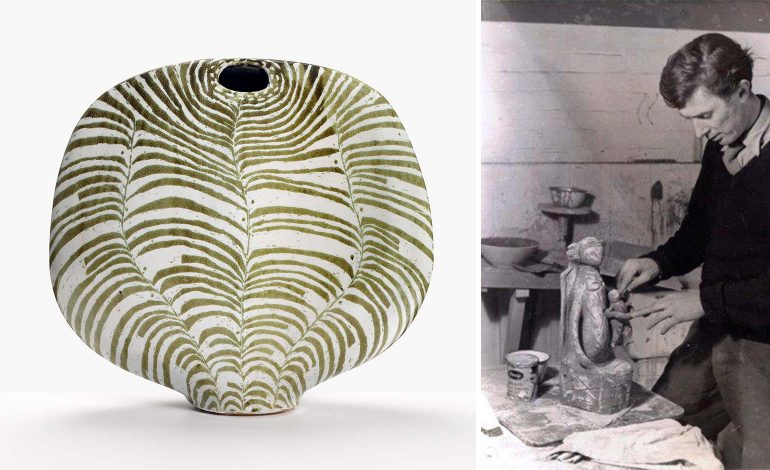 The exhibition will feature 40 large ceramics and sculptures by an artist hailed for pushing boundaries and bringing about a new way of appreciating sculptural form in Britain.

Also included are paintings and works on paper by Tower – many of them previously unseen – plus ceramic items by artists such as Picasso who influenced and inspired him.

“Tower had strong links with the area, having worked for 17 years at Bath Academy of Art, and I hope that many local residents will have a chance to come along to the exhibition.

“As always, admission will be free for residents with a Discovery Card.”

Tower (1919-88) was born in Sheerness on the north Kent coast, with access to windswept beaches, and a shoreline teeming with plant and animal life.

This environment left an indelible impression on the future painter turned sculptor.

In an artist’s statement, he declared his intention of making “forms to convey a sense of wholeness, releasing inner tensions, serene and harmonious, a world where abounding energy is held in calm restraint.”

“The objects which I strive to make are attempts at hymns to the beauty of the natural world.”

Tower was also a highly-respected art school lecturer, setting up the pottery studio at Bath Academy of Art, before becoming Head of Sculpture at Brighton Polytechnic (now Brighton College of Art).

One of Tower’s colleagues at Brighton was Antony Gormley, who paid tribute to his former boss.

He said: “There is a sense of water running between rocks, patterns on a butterfly’s wings, spots on a fish’s skin, clouds on a wintery day, stripes on a zebra’s back, ribs of a human chest and the multiple leaves of a compressed succulent in the myriad forms of James’s work.

“His genius was to synthesise and make of these inspirations in which he delighted things in themselves.”

The loan exhibition and accompanying book offer a comprehensive survey of this major artist’s achievement to mark the centenary of his birth.

A free talk about the James Tower exhibition for visually impaired visitors. No booking required.

A lecture at the Gallery by Timothy Wilcox, editor of the centenary publication. Tickets (£12) available from [email protected]

Use the style of James Tower to create a big and bold abstract collage.