Archaeologists have begun digging up two hidden Roman baths which have never been fully excavated and recorded underneath York Street and Swallow Street this week. 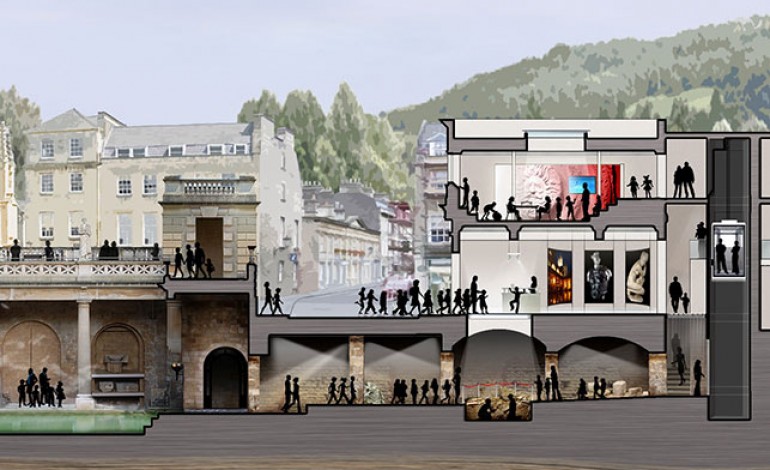 The archaeological dig will take place in an area of the Roman Baths not currently open to the public, which will form part of the Access and Investigation Zones in the upcoming Archway Centre.

Councillor Patrick Anketell-Jones (Conservative, Lansdown), Cabinet Member for Economic Development, said: “This is an exciting milestone in the development of the new Archway Centre, which will provide a cutting-edge education centre for the Roman Baths and new access to Roman remains that have never before been on display. I look forward to seeing what the archaeologists discover!”

This will be the first time the two Roman baths have been excavated seen since the 1960s, when they were partially excavated by archaeologist Barry Cunliffe, now Emeritus Professor of Archaeology at the University of Oxford.

The archaeologists will investigate the condition of the Roman masonry, examine the materials used to backfill the baths, and record those elements that were less well-recorded in the past.

When the new Archway Centre opens in 2019, one of the baths will be given a protective lining and filled with earth so it can be used as a digging pit for school groups, where children can uncover a variety of replica Roman objects. This part of the project will be funded by Stone King Solicitors.

The Archway Centre project will create a state-of-the-art Roman Baths Learning Centre above the former city laundry in Swallow Street and a World Heritage Centre in 10 York Street.

Visitors will also be able to walk through spaces beneath York Street excavated by City Architect Major Davis in the 1880s, and see parts of the Roman Baths that have never before been open for regular public access.

For more information about the Archway Centre, visit www.romanbaths.co.uk/archway-centre.