A Critical Care Doctor at the Great Western Air Ambulance Charity has been awarded an MBE in the Queen’s New Year Honours list for his services to pre-hospital emergency care. 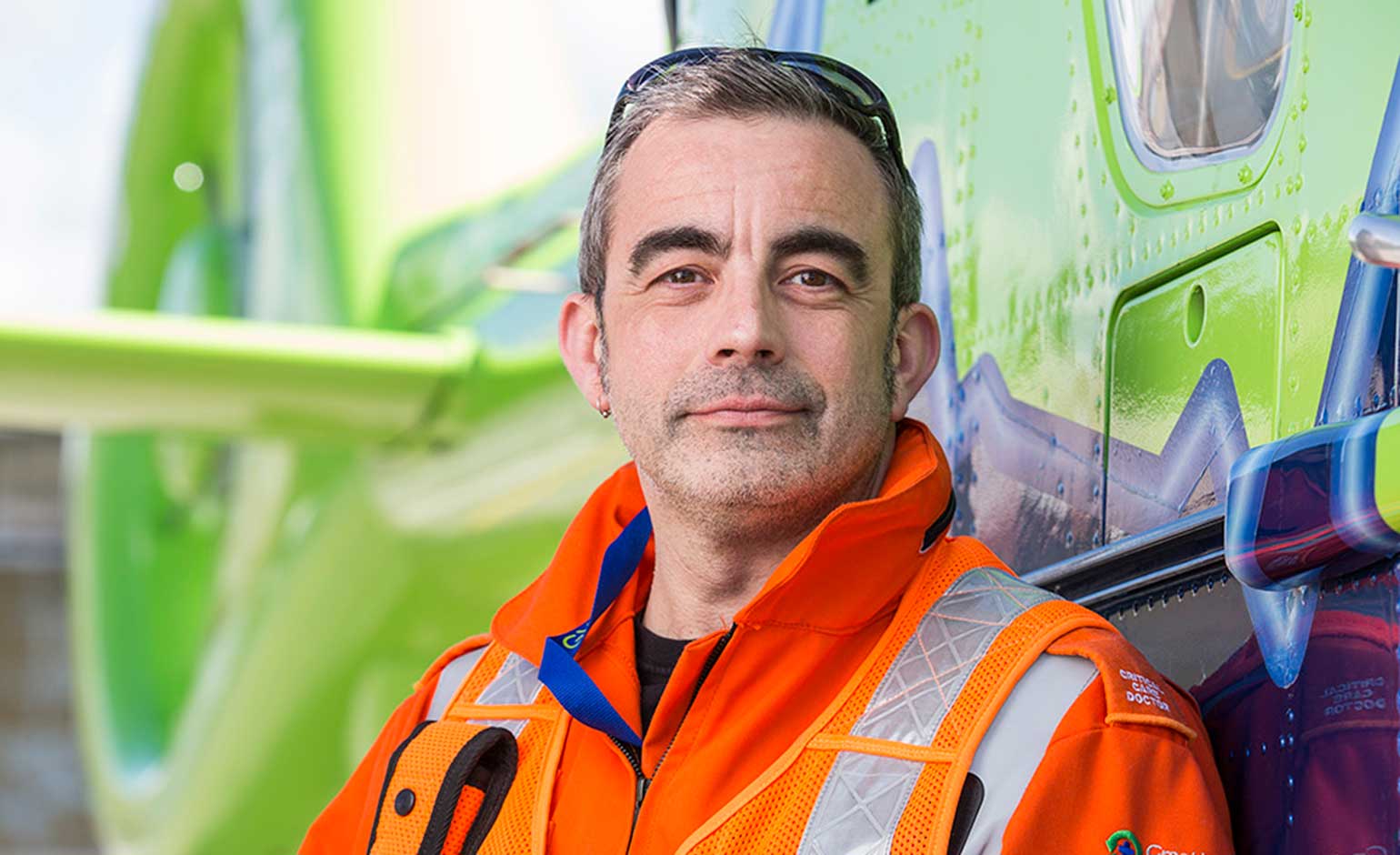 Phil Cowburn is part of the Great Western Air Ambulance Charity (GWAAC) Critical Care Team who remained operational throughout 2020 despite the COVID-19 pandemic.

During this time, Phil collaborated with a wider team to help relieve pressure on the region’s hospitals by setting up the South West Critical Care Transfer Service, the first of its kind in England.

Over a four-week period, the service transported 35 critically-ill patients between intensive care hospitals and has since won an award in The Excellence in Urgent and Emergency Care category of the NHS Parliamentary Awards 2020.

Dr Cowburn, who is also the Acute Care Medical Director for South Western Ambulance Service NHS Foundation Trust, appeared alongside hundreds of unsung heroes of the coronavirus pandemic in the New Year Honours list for 2021, which recognises the outstanding achievements of people in the UK.

Dr Cowburn said: “I am truly humbled by this recognition. To me this is not really a personal accolade, it is a celebration of the great teams I work with.

“None of the great achievements could have succeeded without the superb group of colleagues I have the pleasure of working alongside.

“The passion and enthusiasm to deliver excellent patient care is so embedded within GWAAC and SWASFT; particularly the Critical Care Teams and Hazardous Area Response Teams.

“The progress made in improving paramedic practice within this region is exemplary.

“This year has put immense pressures on the entire NHS. However, the collaboration between colleagues in the air ambulances, NHS ambulance service and hospitals has maintained high quality care and developed services that will continue for the future. Working together we can achieve so much.”

Dr Cowburn has been involved in pre-hospital care for over 20 years, completing his emergency medicine training in the South West.

Phil was fundamental in setting up the local air ambulance charity in 2007, where he joined Professor Jonathan Benger, Founding Clinical Director, Trustee and Critical Care Doctor for GWAAC, to begin delivering the critical care service to those in need across the region.

In 2012, he became the Medical Director of GWAAC for two years, and continues to be a member of the Critical Care Team who were called to over 2,000 patients across Bristol, Bath and North East Somerset, North Somerset, Gloucestershire and South Gloucestershire in 2019 alone.

Phil has been integral to the charity’s development, putting GWAAC at the forefront of advances in critical care.

He worked to develop the Specialist Paramedic role to ensure that critically-ill patients receive the highest level of specialist care from the team, and rolled this out across other South West air ambulances.

He also developed career paths and advanced pre-hospital emergency medicine across the charity and further afield.

CEO of Great Western Air Ambulance Charity, Anna Perry, said: “I am delighted Phil has been recognised for his outstanding and extensive contribution to Pre-Hospital Emergency Care.

“We are extremely proud that Phil has been honoured with an MBE, and I would like to thank him for his inspirational efforts and congratulate him on his thoroughly deserved award.

“Phil is a humble person, and feels he only achieves what he does with the help of the whole Critical Care Team at GWAAC. We value all our Critical Care Doctors and Specialist Paramedics and know our service wouldn’t be possible without their time and dedication.

“Throughout the pandemic, they have remained right here and ready alongside other frontline NHS workers, putting their own lives at risk – to save the lives of others in urgent need during these incredibly challenging times.”