Norman Shanks MBE is set to conquer the world’s highest free-standing mountain in September, in aid of the Great Western Air Ambulance Charity, which saved his friends’ life a few years ago. 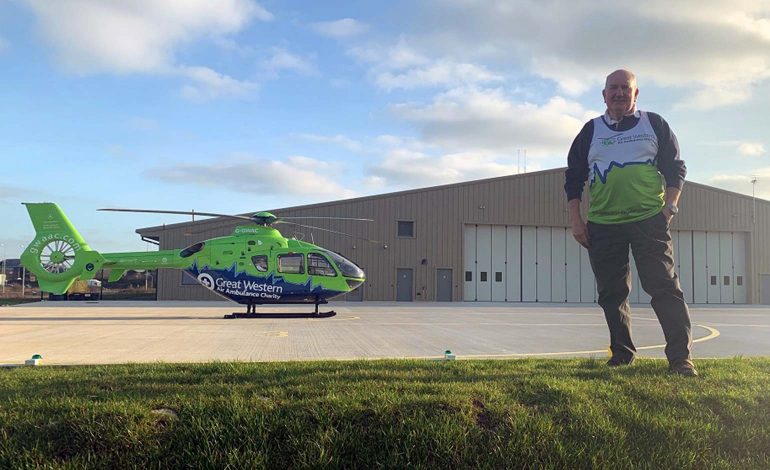 Norman, who is originally from Northern Ireland, has been an inspiration to everyone at the charity, taking on the incredible challenge at the age of 74.

Known to his friends as #StorminNorman, Norman has achieved this fitting nickname due to his many past achievements.

With a particular interest in aviation, Norman served in the Royal Air Force for 33 years, maintaining the aircrafts.

It was during this time that Norman realised his passion for mountaineering, joining the mountaineering club in the RAF and taking on leadership when he was posted to RAF Lyneham.

He led the group on numerous oversea expeditions and trained young airmen to complete the Ten Tors on Dartmoor.

In his lifetime, Norman has ‘stormed’ his way over many peaks across the world. Norway, Switzerland, South America, 100 miles across the Dolomites and conquering Mount Kenya are just a few places he has conquered.

Closer to home he has also completed the Munroes – 284 mountains over 3,000 feet.

Since retiring, Norman has run the Duke of Edinburgh scheme and helped to deliver parts of the award scheme within prisons. Dedicated to the community and RAF, it comes as no surprise that Norman was awarded with an MBE for his many years of outstanding service.

Although he has given more than enough in his lifetime, Norman will now be taking on the challenge of climbing Mount Kilimanjaro with two of his old friends from the RAF. He said: “If Kilimanjaro is such a big challenge, I want to do it for a big charity and one that saved a good friend of mine.”

Equipped with plenty of knowledge and experience, Norman is ready to take on the mountain and has planned plenty of training in the Brecon Beacons and Snowdonia.

Joe Hughes, Community Fundraising Coordinator for GWAAC, said: “Norman has a lifetime of experience helping others and we’re so pleased that his latest challenge is in aid of GWAAC. Like our helicopter, he’ll be climbing above the clouds to support our life-saving charity!”

If you’d like to support #StorminNorman on his challenge, visit his JustGiving page.