Michael Bublé’s two open-air performances in Bath brought more than 25,000 fans to the city, with those involved in producing the event praised for creating such a “major success”. 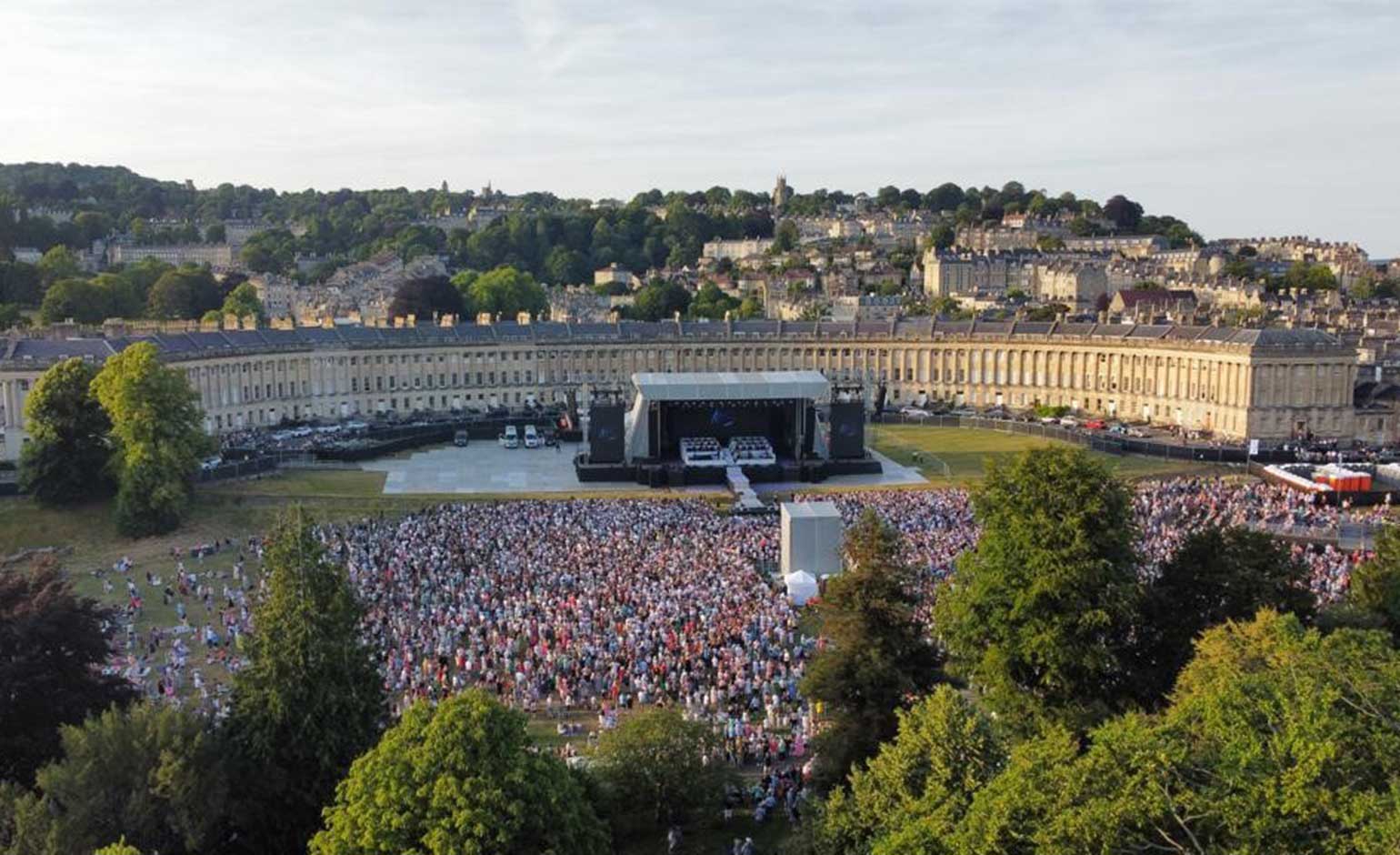 Michael Bublé’s shows heralded the return of live music for the first time in nine years to the Royal Crescent in Bath, when he performed his spectacular shows on Friday 15th and Saturday 16th July.

The concert, which had been due to take place in 2020, was delayed due to Covid restrictions.

The Royal Crescent Society and Marlborough Lane and Buildings Residents’ Association worked with Bath & North East Somerset Council and promotor Senbla to ensure the smooth running of the large-scale set up on the Royal Crescent Lawn and the Lower Lawn in Royal Victoria Park.

Councillor Kevin Guy, council leader, said: “Bath is bouncing back from the impact of Covid.  Attracting and hosting amazing shows like Michael Bublé’s is a huge boost for the city.

“I want to thank the Royal Crescent Society and the Marlborough Lane and Buildings Residents’ Association, who worked with council teams and the promotor Senbla to make it a memorable weekend for so many.

“It was fantastic to see the city buzzing with fans coming in for the shows as well as the graduation events which will have been a big boost to local business and hospitality over the weekend.

“It is also great to see that the fee received by the Royal Crescent Society for the use of their Lawn has been donated, with other funds to a total of £45,000, to The Abbey Foundation Charity.”

The Royal Crescent Society added: “We set out to help deliver this concert ‘by Bath for Bath’. We wanted to bring real and tangible benefit to the businesses of Bath and our surrounding areas both directly and indirectly as a result of playing our part in such an event.

“We are pleased to say this has been achieved. Most of the food outlets inside the concert arena came from our area and many of the drink products sold over the bar came from local producers.

“The 100 plus people working on the concert have been living in our hotels and spending in our shops for the last two weeks.

“And the local traders we have spoken to say they have benefitted directly from the spending power of the 25,000 or so people who came to Bath city centre to enjoy the concerts.

“Although the Society gained no financial benefit, it was good to feel that we contributed to the enjoyment of thousands of people. What a give back to Bath this has been”.

Ollie Rosenblatt, Senbla managing director, added: “It was an enormous privilege and pleasure to have promoted and produced two extremely special nights of Michael Bublé on the Royal Crescent.

“We started working on hosting shows there four years ago so to see it finally come to fruition was so up lifting.

“I’d like to personally thank all the residents of the Royal Crescent, Marlborough Buildings and the surrounding areas who gave us such wonderful support, guidance and who have been such a pleasure to work with.

“I’d also like to thank every corner of the council and particularly the events team who have been such a positive influence in this process as well as extremely helpful and supportive.

“Thank you Bath from all at Senbla. We are grateful and honoured to have done these shows.”

Frank Mowat, Executive Director at Bath Abbey, said: “On behalf of Bath Abbey I would like to thank the Royal Crescent Society for the very kind donation which has made a massive difference to enable the completion of another phase of the Footprint project.

“We loved the show and hope there will be more in the future.”