11-year-old Will is helping to save the planet and support homeless men and women in Bath by using bike tyres that would otherwise go to landfill and turning them into Christmas wreaths. 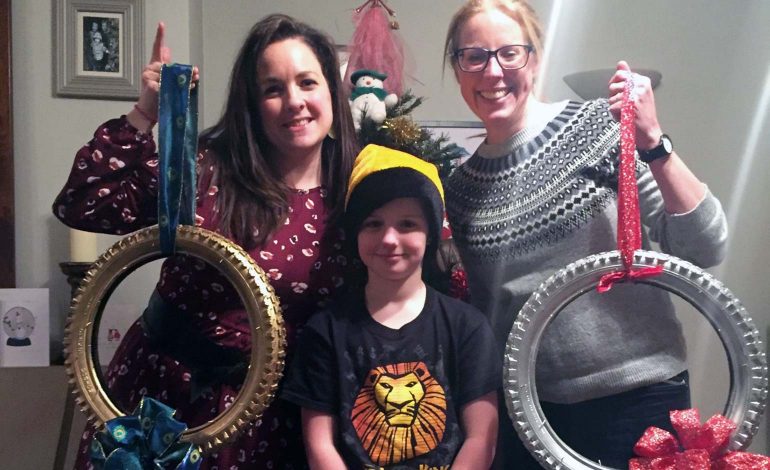 So far, he’s made £250 for local charity Julian House.

Earlier this year, Will and his mum, Helen, took part in Julian House’s Big Bath Sleep Out. The fundraiser gives participants a small insight into the harsh realities of being homeless, as they brave the cold in Alice Park for a night.

The charity was astounded by Will who raised an incredible £2000 to help vulnerable men and women without a home.

After a special tour of Julian House’s services in Bath by Senior Community and Events Fundraiser Jessica Gay, Will and his mum noticed the big pile of used bike tyres in the Bike Workshop.

The workshop runs as a professional store, selling and refurbishing bikes. On Tuesdays, it runs a course called ‘Build a Bike’ where the people Julian House supports learn to build a bike in six weeks. 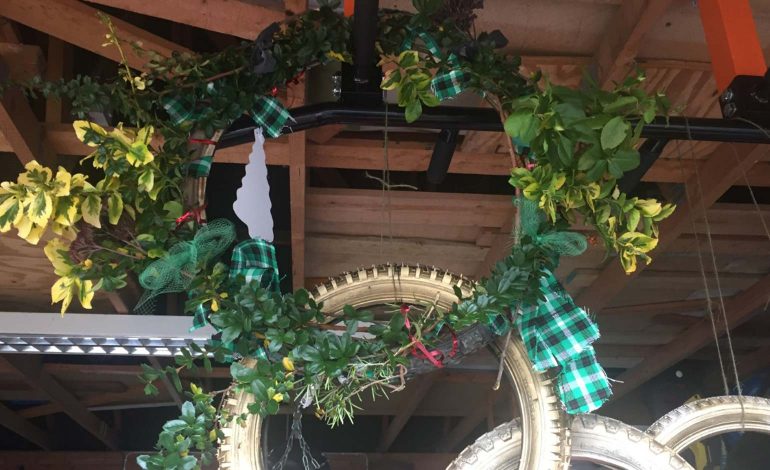 This builds confidence, self-esteem and skills and helps people get back into volunteering and long-term employment.

While the workshop tries to recycle as many parts as possible, there is nowhere in the UK that recycles bike tyres.

The charity is forced to spend several hundred pounds a year to send them to landfill. Will then came up with an ingenious way to re-use them, helping to save the planet, saving the charity money and raising vital funds for it in the same process.

Speaking of Will’s efforts, Jessica Gay from Julian House said: “Will and his family are absolute super stars. It’s incredible to see someone so young so engaged and willing to help the vulnerable people on our streets.

“His commitment to the cause and creativity is inspiring and it’s people like him that will be the change-makers of the future.”