Local residents and businesses are being invited to give their views on a proposed development on land to the east of Keynsham which could site up to 200 new homes. 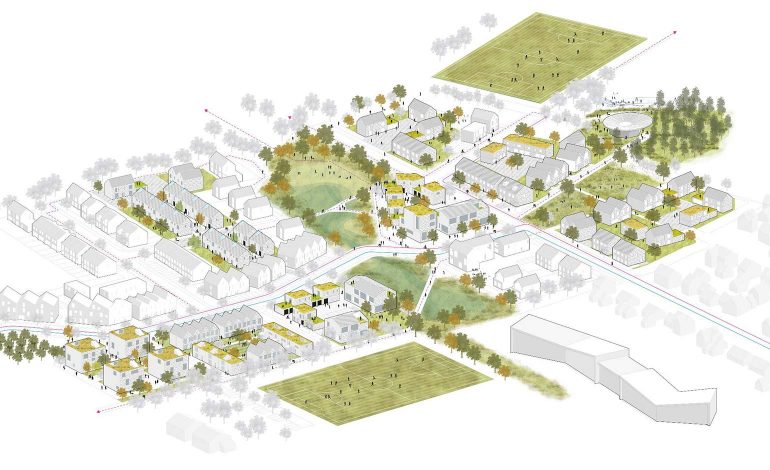 How the new development could look

The land, a 25-acre site known as Withies Green, has been removed from the Green Belt and safeguarded for future residential development in the Bath and North East Somerset Core Strategy.

It sits next to the Hygge Park residential scheme, which was allocated for residential development, and borders the A4.

Developer M + M Homes Limited is hoping to create up to 200 new dwellings on the site, of which 30 per cent would be affordable homes.

The development would enable the expansion of the proposed school in the area with enhanced facilities to cater for the increased local population alongside a new community hub, sports pitches and open space provision including wetlands and orchards.

The draft proposals for the development are available to view online at www.withiesgreendevelopment.co.uk until 19th June.

People are invited to view the proposals and leave their feedback before a planning application is submitted to B&NES Council later in the year. 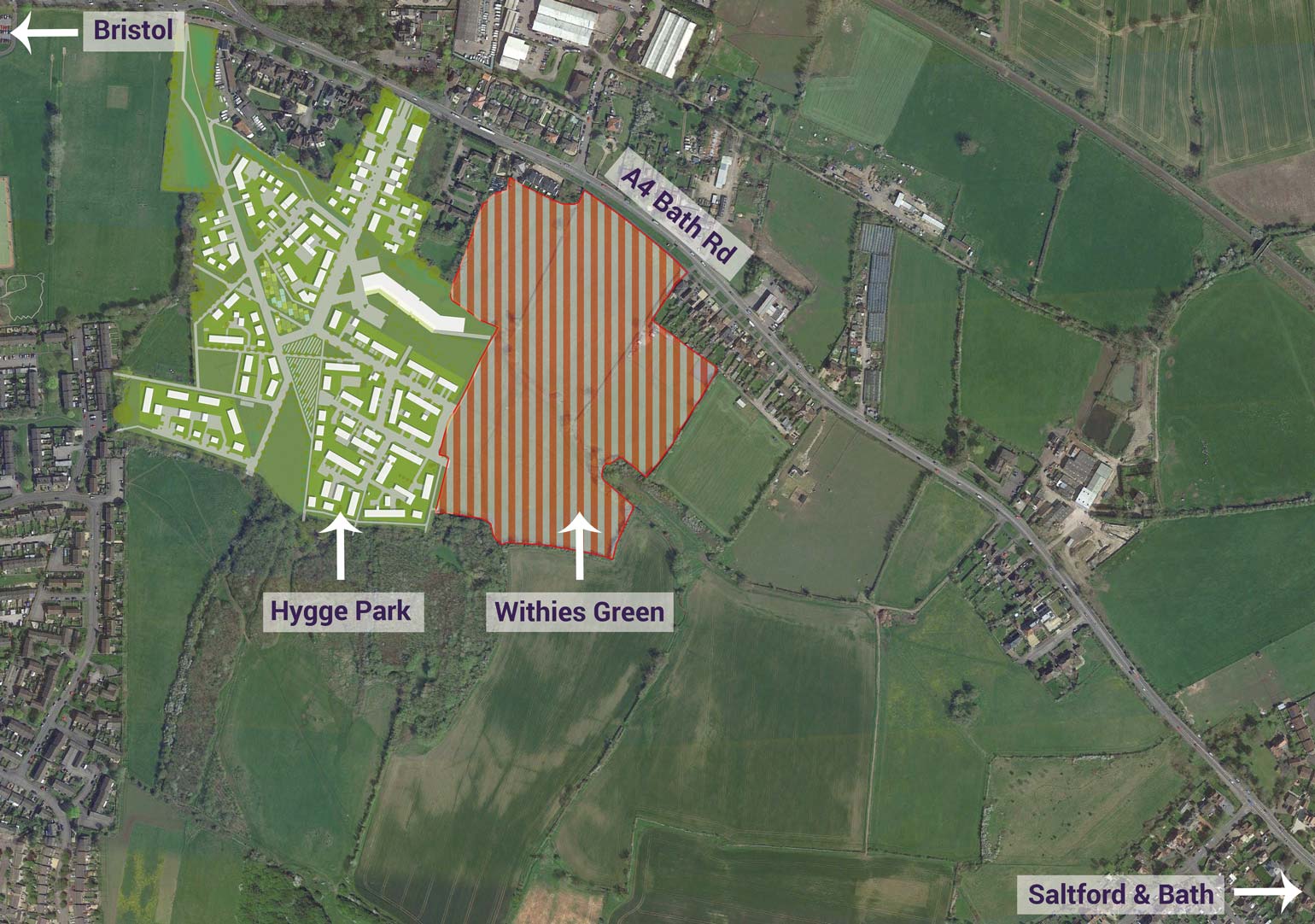 The location of the proposed development on the A4

A spokesperson from M + M Homes Limited said, “As the region tries to address the housing shortfall, we believe this is a fantastic opportunity for Keynsham and the wider B&NES area.

“We’re pleased to propose a new housing development that will provide new homes alongside community facilities including a brand new school to serve the local area.

“This land has already been earmarked by B&NES for future development but we’re very keen to hear the views of local people through our online consultation.”

Already situated in a sustainable location with transport links to Bath and Bristol, the development would include a range of additional sustainability and environmental measures including EV charging points, green roofs, bird and bat boxes, a wetland park and community gardens and allotments.

Significant off-site cycle improvements are also proposed to the route between the site and Keynsham Town Centre and Railway Station.

The spokesperson continued: “We’re very passionate not just about creating new homes but also building communities. The landscaping and green spaces alongside the wetland park and woodland will create a fantastic environment for people of all ages.”

To view the proposals and leave your feedback online, visit www.withiesgreendevelopment.co.uk before 19th June.

If you are unable to access the internet, hard copies of the consultation materials can be sent via post on request by calling 01225 423400.