A budding entrepreneur and tech business owner have found industry success with a new Bath-based tech start-up following a chance meeting at a networking event. 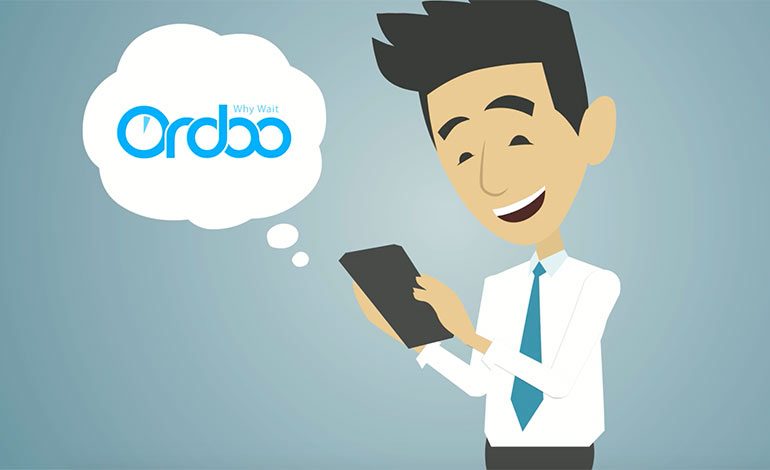 Start-up company Ordoo is the brainchild of entrepreneur and university graduate, Tom Dewhurst who came up with the concept whilst waiting for more than 15 minutes to place an order in a coffee shop queue.

After identifying that the future of food and drink ordering was through advanced online payment, Tom began developing Ordoo; an app which allows people to pre-order and pay from their favourite cafes and coffee shops in Bath whilst ‘on the go’ before collecting their order from the venue at a later time.

Tom, Founder of Ordoo, said: “It occurred to me that if customers could place a food or drink order ahead of time before you got to the venue then this would allow them to skip the queue and save time.

“After conducting market research into the idea, I soon realised that no other business was offering this kind of technology to consumers and independent food and drink sites alike and so I decided to do something about it myself.”

As well as providing consumers with a digital gateway to order and pay in advance, and by doing so earn loyalty rewards, Ordoo is also a digital enabler for local independent businesses.

The business model provides smaller independent venues access to the same technology that large corporates use at an affordable cost.

By modernising their services through digital pre-payments at no up-front cost, local businesses are also able to streamline their services during their busiest periods which will ultimately allow them to take more orders and increase profit margins.

A host of Bath based businesses are currently benefiting from the app including: Forum Coffee House, Bath Pizza Co and Whole Bagel.

It was there that he crossed paths with investor and CEO of software company LexAble, Neil Cottrell.

Neil was instantly impressed by Tom’s entrepreneurial attitude and innovative business idea and following an informal chat after the networking event, the businessmen established a mentor relationship.

Initially, the mentor relationship consisted of regular phone calls, with Neil able to offer Tom advice having experienced similar opportunities and challenges during the growth stages of his business.

However, more recently, Neil has taken the decision to join a string of other investors in backing Ordoo financially, as the app, which already serves the Bath and Bristol area, goes from strength to strength with plans to expand into more cities including Cardiff and London.

Neil, CEO of software company LexAble and partner of Ordoo, said: “I went to Venturefest Wales to meet enthusiastic entrepreneurs and see if any opportunities could come of it.

“I benefited hugely from a business mentor when I was in the early stages of my company and so it’s great to be in a position where I can become a mentor to Tom and hopefully give something back.

“Earlier this year Tom started to explore the possibility of seeking financial investment in Ordoo and I thought this was the perfect time for me to get involved in the company financially.

“Being a part of Ordoo at such an exciting time for the business has provided me with a new and inspiring project to focus on and while I hope I’ve been able to offer Tom useful advice, I have also learnt a great deal from his innovative approach to business.”