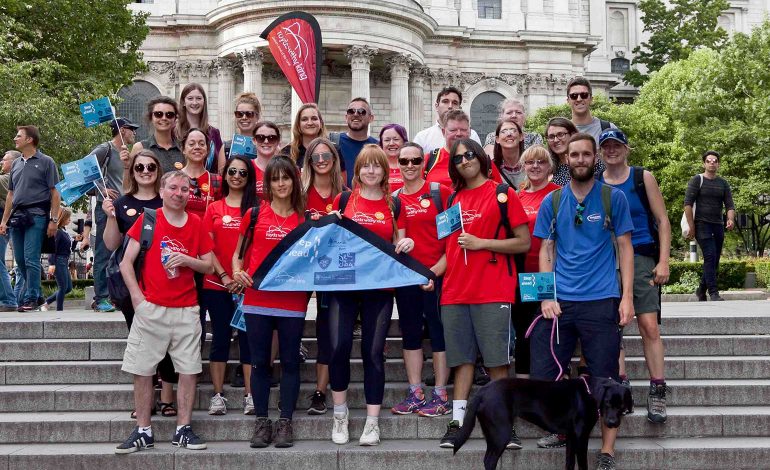 The route, which connected all six of the firm’s offices, started in Bath and took walkers on a cross country route through North East Somerset, Wiltshire and Oxfordshire before finishing at the firm’s office near St Paul’s in London.

The walk was organised with the aim of raising money and awareness for Royds Withy King’s 2017-2019 chosen charities, Bath Mind, Doing it for Dan, SeeSaw and Mind in the City, which were voted for by staff.

Greg Callard, Partner in the Real Estate team at Royds Withy King and chair of the firm’s dedicated Charities Group, said: “The Step Ahead Challenge has been a fantastic event that people from across the firm have been able to get involved with, each completing different legs of the route to raise money for our chosen charities.

“Our walkers took on the challenge, completing the walk and stopping off at our Swindon, Marlborough and Oxford offices, before being greeted by supporters as they undertook the final leg through central London.

“We’re proud to have taken on this challenge in aid of our chosen charities, which are all doing amazing work to help support people from all walks of life in the communities we serve.”

Corporate social responsibility is one of the core values that Royds Withy King has been built on and is an inherent part of the firm’s culture.

Throughout the year, partners and staff are heavily involved in a wide range of charitable and community-led initiatives.