Olympic hopeful hurdler Matt Sumner has more than his training to thank for getting him to the brink of sports stardom, with local organic vegbox company Riverford Bath providing him with free veg to fuel his training. 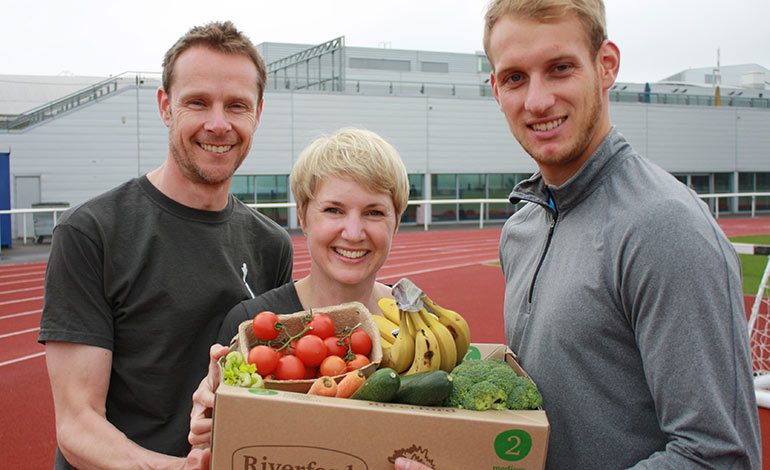 Matt, who is currently South West 400m Hurdles champion and the highest scoring hurdler in the British Athletic Premiership Division, trains at the University of Bath Sports Village and follows a strict diet.

He will be taking part in Olympic trials at the end of June and hopes to be selected to compete for Great Britain at the Rio Olympic Games in August.

Matt said: “Since switching to Riverford’s vegboxes, my performance has improved significantly. The veg tastes so good, so I eat more of it.

“It’s really fresh and I get different things in the box each week so I try new recipes and don’t get stuck in a rut.

“To aid recovery after training I eat dark leafy veg like kale and spinach as they contain zinc, potassium and calcium. They also help regulate your blood sugar so that you don’t have any cravings between meals.”

“My favourite veg is beetroot! It can be put in your morning smoothie or be used as a colourful side dish. Beetroot also enhances performance as it can increase the oxygen in the blood and so allows you to recover quicker and run for longer.”

Alan and Vicki Mowat, who run Riverford in Bath, added: “We’re really proud to have been supporting Matt over the last few years and can’t wait to find out if he’s selected for the Olympics.

“Organic veg has been proven to contain more nutrients per gram than non-organic, and of course it doesn’t contain toxic chemicals, so it’s the perfect fuel for all of us, not just top athletes like Matt!”