People in Bath are being given the chance to go back in time and experience part of history by dressing up and finding out more about the trends of the time during the upcoming Jane Austen Festival. 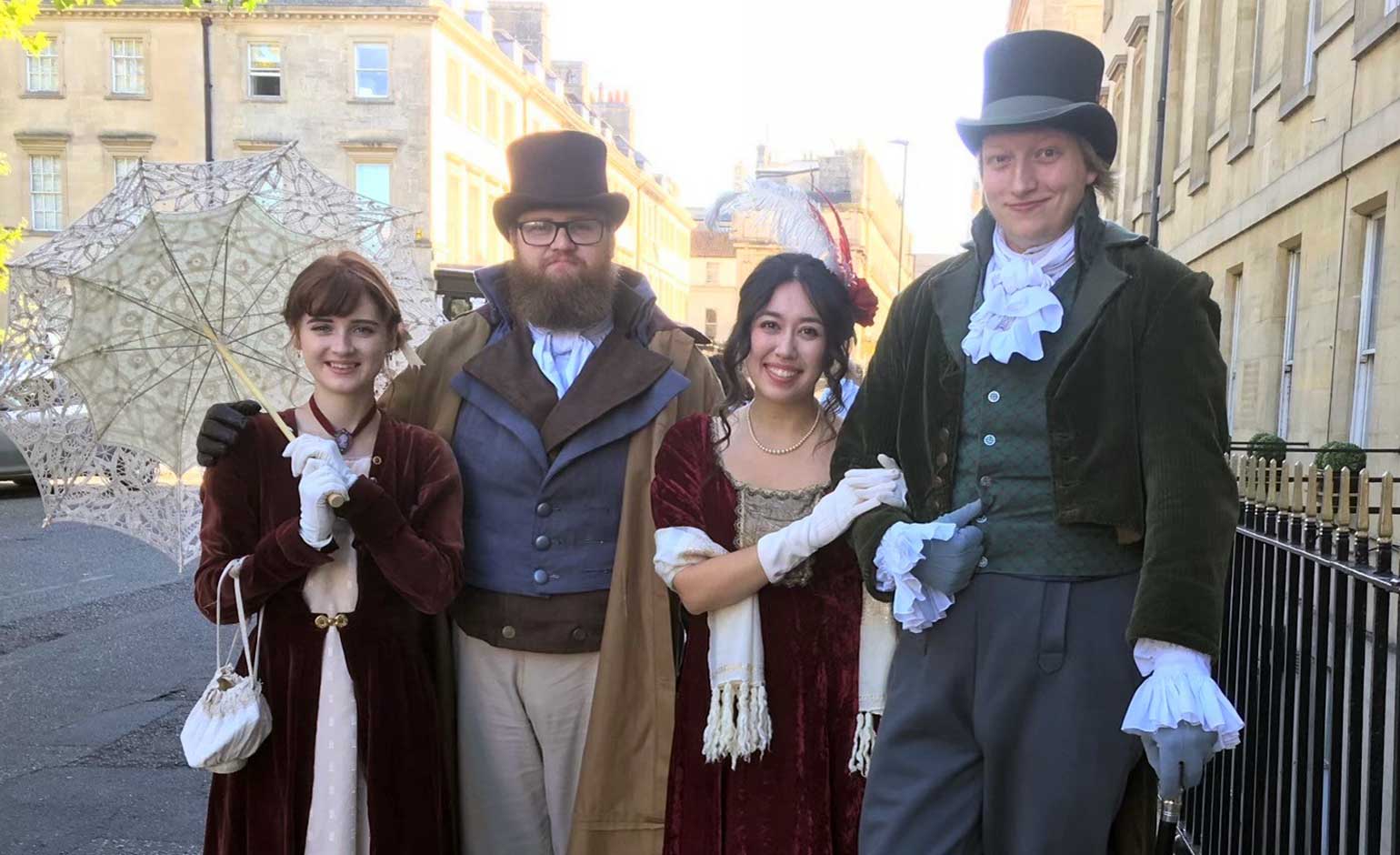 The annual festival, which this year marks its 20th anniversary, celebrates the contribution that the 19th century novelist made in Bath whilst she lived locally from 1801-1806.

Bath Theatrical Costume Hire, who for over 50 years have been providing costumes for Regency era events, weddings and parties, will be hosting a pop-up shop at the Francis Hotel to mark the occasion.

Rusette Auton, Bath Theatrical Director, said: “Everyone loves Jane Austen! Her contribution to literature and culture has meant that some 200 years after her death, she is still attracting new fans.

“Now, thanks to our Pop-Up Shop, people can come and dress up in Regency Costume, and experience the fashion and trends of her time.”

The city of Bath played a pivotal role in the development of Britain’s Regency era, during the first part of the 19th century.

The Regency Pop-Up Shop will be located at the Francis Hotel, Queen Square, from Thursday 9th September to Sunday 19th September, from 10am – 6pm each day.

The pop-up will also include ‘making your own reticule and bonnet workshops, as well as a workshop on the ‘language of the fan’, a hair salon and a photographer on hand to capture the memories.

Bath Theatrical Costume Hire will also be running a stall at the Regency Market in the Guildhall on Saturday 11th September, selling an assortment of accessories as well as ‘make your own’ reticule and bonnet gift packs.

For more details about the Regency Pop-Up Shop during the Jane Austen Festival, visit the Bath Theatrical website here.