There will be “no noise, no trouble, no vomiting” when a new kebab van pitches up outside the Guildhall on weeknights, the owner has promised. 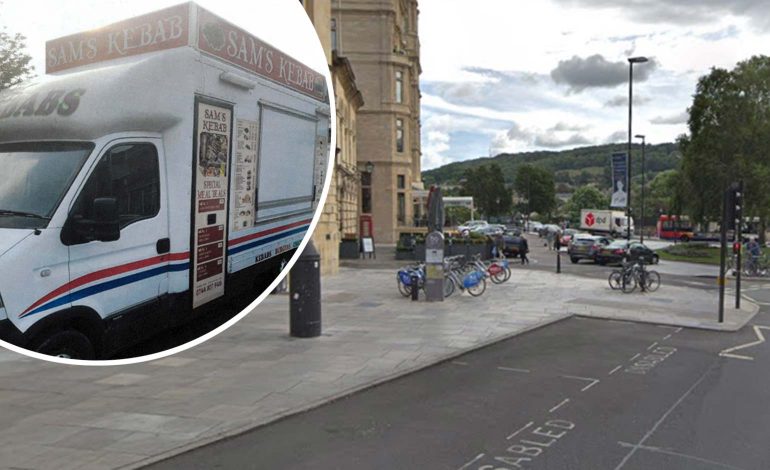 Mehmet Yilmaz’s new licence means that – together with an established burger van – food will be available into the early hours every day of the week in Orange Grove.

Three residents objected to his application but councillors were satisfied with the conditions he suggested to prevent any issues.

Mr Yilmaz told Bath and North East Somerset Council’s licensing sub-committee on Thursday: “I don’t think it will be damaging to the licensing objectives.

“I worked for four years in Bristol city centre until 6am. I’ve been working for 18 years.

“I know how to deal with drunk customers.”

The objectors live in the nearby Empire building and said they already have issues with drunk people.

They feared the kebab van “will only attract more public nuisance outside a residential building, with a possible effect on public safety too for the elderly residents here.”

The residents were concerned about the “odours, noise, mess, vomiting and other antisocial behaviour” they claimed the business would attract, and warned that Bath was in danger of losing its World Heritage Site status.

The subcommittee heard that a burger van already serves from the pitch into the early hours on Fridays and Saturdays, which Mr Yilmaz said are much busier.

He added: “Nothing is going to happen when I am there – no noise, no trouble, no vomiting.

“I’ll use a silent generator. I’ll ask customers to be respectful of residents.”

Mr Yilmaz also said he would provide bins and pick up litter within 100 metres of the van.

His new licence lets him operate from 6pm and serve until 3am Monday to Thursday and until 1am on Sunday nights.