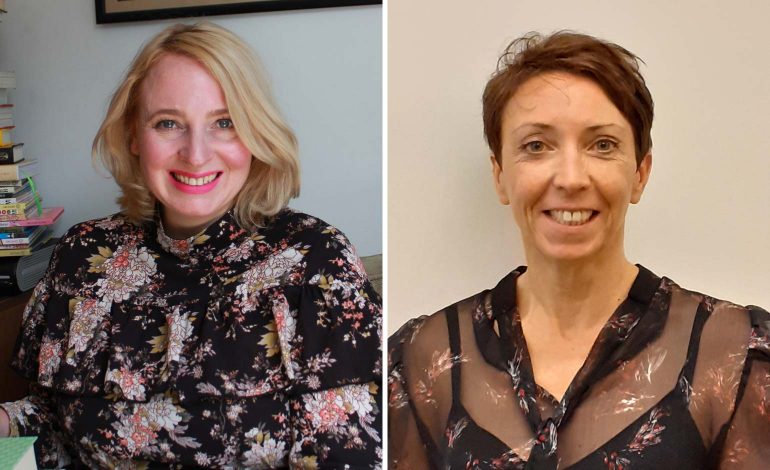 Janet Smyth, former children and education programme director at Edinburgh International Book Festival, and Fritha Lindqvist who was head of publicity at Hachette Children’s Group and is now a children’s books consultant, join the arts charity to look after the programming of the Bath Children’s Literature Festival 2020 and beyond.

Janet, in the role of children’s programme consultant for the festival, brings a wealth of experience from her time in Edinburgh where she spent eight years crafting and delivering exceptional children and young people’s festival activity along with the schools and lifelong learning programme.

In recent years she has orchestrated debates on mental health, dyslexia and Wellcome Trust funded research projects on the impact of wellbeing as well as headline events with speakers including Malala Yousafzai, Philip Pullman, Angie Thomas and Chelsea Clinton.

In July, Janet was appointed deputy head of learning and engagement (health and wellbeing) at the National Galleries of Scotland.

Fritha will become children’s festival programmer, working in a freelance capacity. She has been a communications professional in children’s publishing for 16 years.

Along with celebrities such as Nadiya Hussain and Dermot O’Leary, she has worked with many authors and illustrators including Lauren Child, Alex T. Smith, Hilary McKay, Mick Inkpen, Chris Riddell, David Almond and the current Children’s Laureate Cressida Cowell.

She worked with Cressida since the very early days of How to Train Your Dragon and was instrumental in building her industry and media profile.

They will take overall programming and artistic direction from John and Gill McLay who are leaving at the end of the 2019 festival on Sunday 6th October.

Janet and Fritha will report to Madeline Toy, who is head of literature programming. They will also work alongside Hazel Plowman, head of creative learning and Kate Abbey, festival programmer and the rest of the in-house Bath Festivals team.

Janet said: “Bath has an excellent reputation across the world of book festivals and amongst children’s publishers and writers and I’m pleased and flattered to be asked to support the festival as it transitions under the new stewardship and programming of Fritha Lindqvist.

“I’ve worked with Fritha for a number of years and I know that her ideas, vision and insight will bring fresh energy to the Festival, while building on the wonderful legacy of the last 13 years.’

Fritha said: “I am immensely proud to be joining the Bath Festivals team to work alongside the brilliant Janet Smyth on programming an exciting line-up for the Bath Children’s Literature Festival 2020 and beyond.

“With both my parent and publicist hat on, I can safely say there is no greater buzz around the wonder of children’s books and reading for pleasure than at a literature festival.

“The Bath Children’s Literature Festival, established with incredible passion over 10 years ago, is one of the very best, serving up brilliant book-centred events for the local community and for out-of-town visitors. I can’t wait to get started!”

Madeline added: “I am completely delighted to welcome Janet and Fritha to the Bath Festivals team and the Children’s Literature Festival.

“The combination of Janet’s festival experience and Fritha’s communications and industry knowledge will be a great asset to Bath Children’s Literature Festival and I can’t wait to get going on the 2020 programme.

“I’m so looking forward to them bringing new ideas and influence to the already fantastic festival and seeing it grow and evolve in the coming years.”

Plans for pedestrianisation of Kingsmead Square take another step forward