Jobs at the Jolly’s department store on Milsom Street in Bath have been put at risk following the announcement this morning that national chain House of Fraser has fallen into administration. 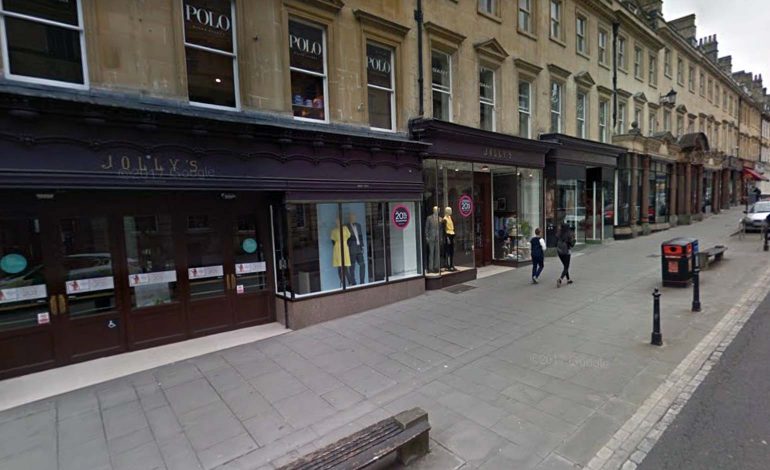 Thousands of jobs across the country are at risk, with the troubled department store chain calling in administrators to oversee a potential sale after earlier talks fell through.

House of Fraser, which owns the Jolly’s store in Bath, has 59 shops across the country.

In a statement issued this morning, the company said that talks with potential investors and creditors had ‘not concluded in a solvent solution’.

Ernst & Young have been brought in as adminsitrators, who have confirmed that House of Fraser will continue to trade, including all of their stores and offices, while they attempted to complete a sale.

The House of Fraser statement continues: “Significant progress has been made towards completing a sale of the group’s business and assets.

“The proposed administrators are expected to continue to progress those discussions with a view to concluding a transaction shortly after their appointment.”

Chief executive Alex Williamson said: “We are hopeful that the current negotiations will shortly be concluded. An acquisition of the 169-year-old retail business will see House of Fraser regain stability, certainty and financial strength.

“In the two weeks since the Cenbest and C.banner transaction ceased, the directors have brought forward a number of potential buyers and the group’s financial advisers have run a comprehensive M&A process to identify and then develop other third-party interest that has culminated in the senior secured creditors leading negotiations with parties at a critical pace.”

Chairman Frank Slevin commented: “This has been an extraordinarily challenging six months in which the business has delivered so many critical elements of the turnaround plan.

“Despite the very recent termination of the transaction between Cenbest and C.banner, I am confident House of Fraser is close to securing its future.”

Update: 10am | A takeover package by Sports Direct owner Mike Ashley has been confirmed this morning, with the House of Fraser chain being purchased for £90 million.

There has been no word on proposed store closures or job loses at this stage.