A well-known restaurant in an 18th century Bath building has been ordered to take down a canopy after falling foul of strict conservation rules. 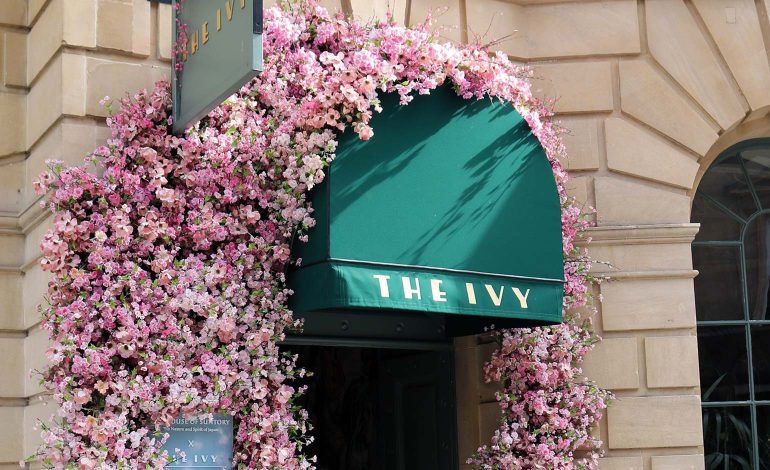 The canopy on The Ivy on Milsom Street | Photo © Bath Echo

The Ivy’s application seeking retrospective permission for the feature was thrown out by Bath and North East Somerset Council and the Planning Inspectorate has since backed the decision.

The brasserie chain said in its appeal that it was critical to “provide a high quality experience for diners from arrival” and the canopy over the main entrance to its Milsom Street eatery was an “appropriate and non-invasive solution”.

It said the canopy, which protrudes 40cm centimetres from the building’s facade, was discreet, respected the Grade II* listed former bank and would offer customers shelter in bad weather.

The property is part of “an elaborate symmetrical terrace of five former houses now in commercial use that date from 1781-1783”, attributed to renowned Bath architect Thomas Baldwin.

Bath Heritage Watchdog said the canopy The Ivy had installed was “obtrusive, incongruous and upsets overall balance of the frontage”, while the Bath Preservation Trust regretted its installation, warning it could set an “alarming precedent”.

Council officers said: “The canopy that has been installed at the premises is not in keeping with the character or appearance of the listed building and detracts from its architecturally ornate and decorative façade, which is of significant quality and style.

“Furthermore the canopy disturbs the symmetrical nature and rhythm of the main frontage and obscures the historic fanlight above the main entrance door.

“As such the canopy adds visual clutter and has an intrusive, incongruous impact that would harm the significance of the designated heritage asset and fails to respond positively to the local context or maintain the character and appearance of the surrounding area.”

Rejecting Ivy’s appeal, planning inspector H Porter said: “The size of the canopy would, in my opinion, offer very little meaningful shelter to more than a handful of waiting customers at exceptional times where the queue extended beyond the internal lobby and it was raining.

“Moreover, I am unconvinced that alternative, less harmful, options to better manage customer-flow into the restaurant have been fully explored.

“Furthermore, the extant restaurant is well-known and occupies one of the most prominent buildings along the street.

“I am therefore doubtful that customers would fail to observe the restaurant’s entrance in the absence of the canopy above it.

“In the absence of compelling evidence to indicate that the canopy is essential to securing the extant use of the building, the totality of the weight of benefits in favour of the proposal are modest and not enough to outweigh the less than substantial harm to the Grade II* listed building, [conservation area] and [World Heritage Site].”