The historic 400-year-old Packhorse pub in South Stoke has reopened its doors to the public for the first time in six years, following what is believed to be the biggest community fundraiser of its kind. 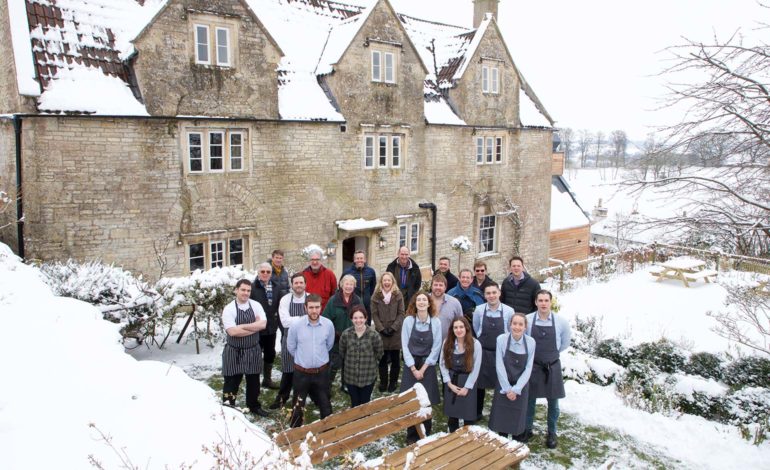 Located in the picturesque village of South Stoke, 500 people braved the weather on Sunday to witness the opening. But before proceedings could begin, the village had to rally round and assemble a snow-clearing team, to ensure that the roads into South Stoke were accessible.

Octogenarians Brian and Edith Perkins were given the double honour of cutting the opening ribbon and receiving the first round of drinks.

It was a special day for 87-year-old Brian, who was born in the pub when his grandparents were the landlords and together with Edith held his wedding reception in The Packhorse in 1951. 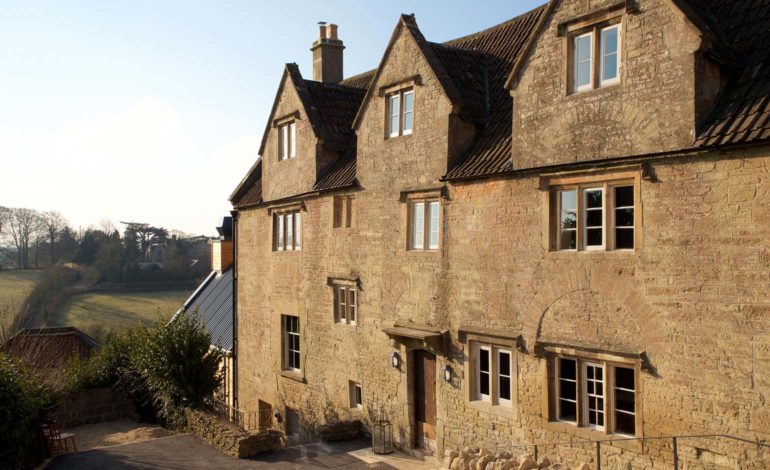 “Today has bought back so many fond memories from my younger days – I’m just so pleased that the village has its pub back again” said Brian.

“The Packhorse will celebrate its 400th birthday this year and it was quite humbling for Edith and I to enjoy the first round of drinks served today.”

Sunday’s reopening was the culmination of nearly six years of campaigning, fundraising, planning, building and refurbishment after the pub was closed and earmarked for conversion to flats.

Local residents rallied to save The Packhorse after demonstrating it was a vital asset for the community – and that they could raise the funds to make it a sustainable business.

Of the record £1,025,000 raised from 430 investors, £500,000 was used to buy the pub with the remainder spent on much-needed renovations and improvements for the Grade II listed building. 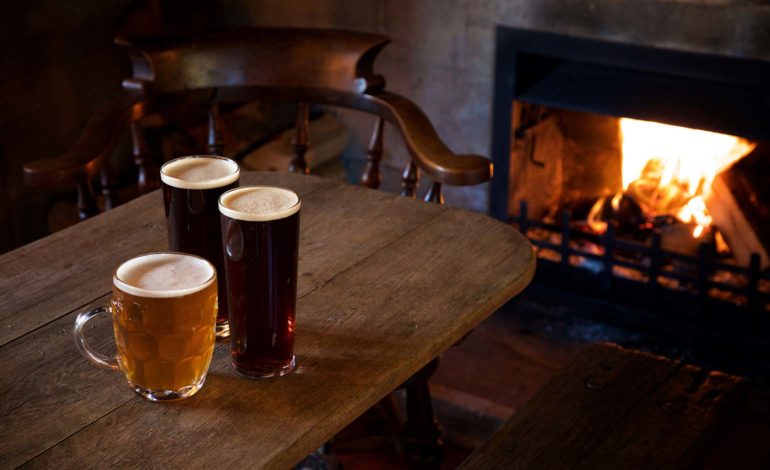 Courtesy of 1,000 hours of volunteer time, the garden has now been fully landscaped. After 25 tons of earth were shifted by hand, more space has been created for al fresco eating and drinking and the kitchen relocated to a new building attached to the side of the pub.

A total of 25 skips of rubbish were removed from inside, and in the process a 17th century fire place that was discovered hidden behind wood and plaster has now been restored.

Workers also unearthed the pub’s original sign – hidden underneath a newer design – which is now proudly on display.

“This is a historic day for the village and we are immensely proud that it’s evolved into becoming the largest biggest community pub buy-back project in British history,” said Dom Moorhouse, Project Lead of the Save The Packhorse Team.

“We’ve proved to local communities across the country what is possible and we’d love to see similar successes elsewhere. It’s been hard work but worth the effort as we’ve now set up the pub to be a long-term, viable business.”

Among the crowd of well-wishers was American John Kresge. An early investor in The Packhorse – and a lover of Bath – he travelled over 13 hours and 5,000 miles to witness the opening.

“I wouldn’t have missed this for the world,” he said. “I originally heard about The Packhorse through my involvement with the Bell pub in Walcot Street where I’ve also been a shareholder since it became a cooperative.

“Back home I part-own a brewery business because I love the idea of bringing people together in a village pub setting. It’s hard to find a better example of a traditional British pub than The Packhorse and I couldn’t stand the thought of it being closed.”

In the first hour of trading, three barrels of beer were drunk and at one point the queue was snaking out of both doors. The tremendous support shown by locals bodes well for the pub in the future.