Fresh plans have been unveiled for a former printworks in Bath with 40 more homes than previously proposed. 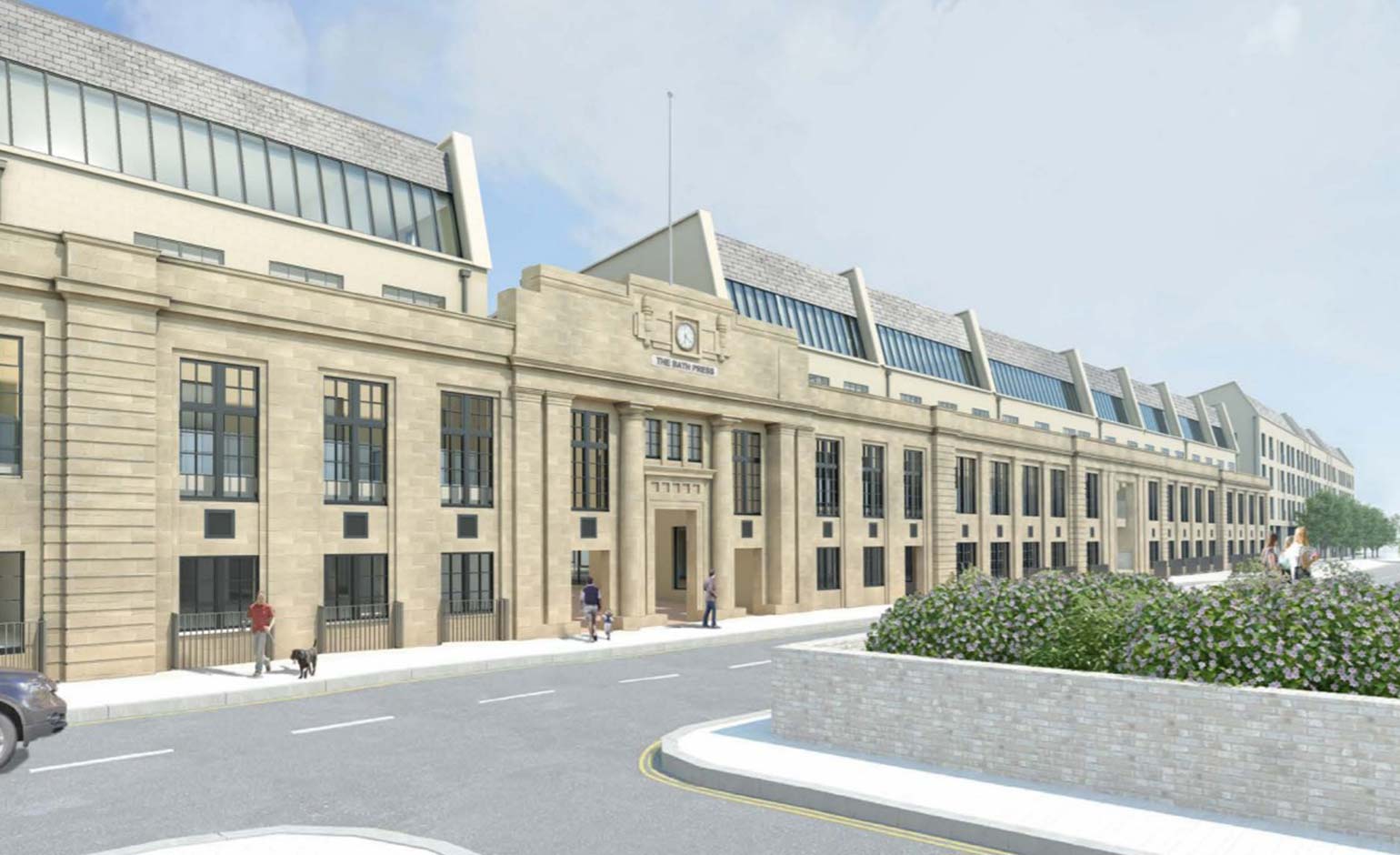 Aberdeen Standard Investments’ last vision for the former Bath Press site was to build 244 homes that would have been available on the open market, plus some office space.

Work was due to be finished by the summer of 2019, but stalled due to viability issues.

A new application submitted this week proposes build-to-rent 256 flats and 30 houses and commercial floorspace with a wide range of potential uses.

Bath and North East Somerset Council expects 30 per cent of new homes in such a scheme to be affordable – but none of the proposed properties would be.

Aberdeen Standards Investments said other approved schemes had “set a precedent for non-delivery where it has been proven not viable to do so”.

It added: “Whilst the applicant regrets not being able to provide affordable housing on site …  their focus is to actually deliver the development on a site that has seen schemes stall for viability reasons previously.

“It is important to highlight that all previously approved schemes that proposed affordable housing haven’t been delivered and therefore have failed to deliver any housing at all.”

Demolition work got underway in 2017, leaving a large pile of rubble, but the facade of the Bath Press building is being retained.

The new proposals say an historic chimney will have to be removed.

There are no changes to the built footprint, overarching design principles, or scale and massing from the previous scheme, although the underground car park has been removed.

There would be parking for 115 cars – again less than the council expects – and 520 bikes.

The applicant is taking advantage of new planning rules, proposing 1,200 square metres of commercial space that could be used as a shop, café, restaurant, office or for healthcare uses.

The change will “ensure the space is attractive to all potential occupiers, rather than just those seeking office space, reducing the chance of vacancy”, and create up to 54 jobs.

The plans say: “The proposed scheme would deliver the significant benefits of providing a deliverable mixed-use scheme that would meet market demands on an under-utilised brownfield site.

“It proposes an appropriate mix of new, high-quality housing, together with flexible commercial floor space.”