Keynsham’s old fire station could be demolished to make way for a 42-bed boutique hotel with a modern look. 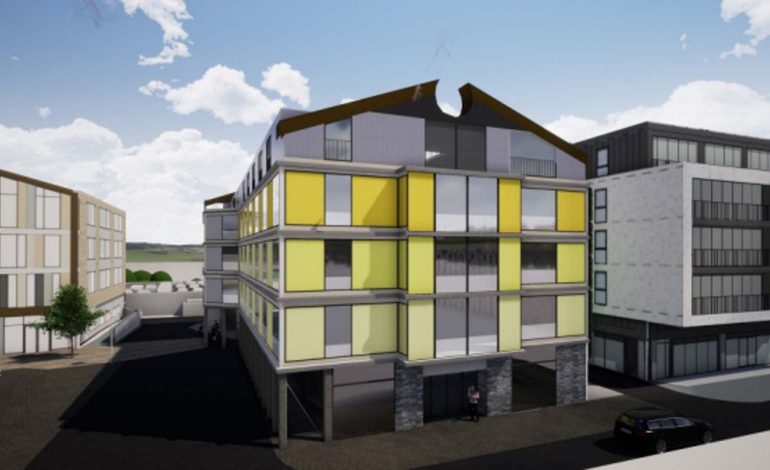 Plans from Phoenix Group also include nine two-bed flats, two shops, a 45-seat restaurant and offices in a six-storey building, plus a new public space.

The single-storey Temple Street station closed in November 2015 as a result of its amalgamation with Brislington Fire Station into a new state of the art combined station at Hicks Gate.

Avon Fire and Rescue Service sold the building to Chewton Place Developments in 2017 for £750,000, more than twice the asking price.

Phoenix Group’s plans say: “The boutique hotel in this central position will be a great asset to the future of Keynsham and would act as a hub for access to both Bath and Bristol and encourage value-added areas of employment.

“The flats would provide prime accommodation in the centre of Keynsham and with the availability of the lift, would be available for use by the disabled.

“The retail shops on the east side of the opening beneath the building for market Walk would provide additional employment for the community in Keynsham.

“The restaurant would be in a prime position for use either by the hotel or by the community and would provide local employment.

“The offices would also be in a prime position and would also provide local employment.

“In addition, 28 per cent of the ground floor will be given over for public use, enhancing the area around the civic centre development.”

The old fire station sits between the civic centre and the Riverside development.

The plans said they set “a high-quality benchmark against which future proposals will be assessed and establishes a modern architectural character to this part of Temple Street”.

The proposals include a 20-space underground car park and parking for 36 bikes.