Extending Bath’s Christmas market prompted the biggest deluge of compliments the council leader had seen in the decade since he was first elected, he said. 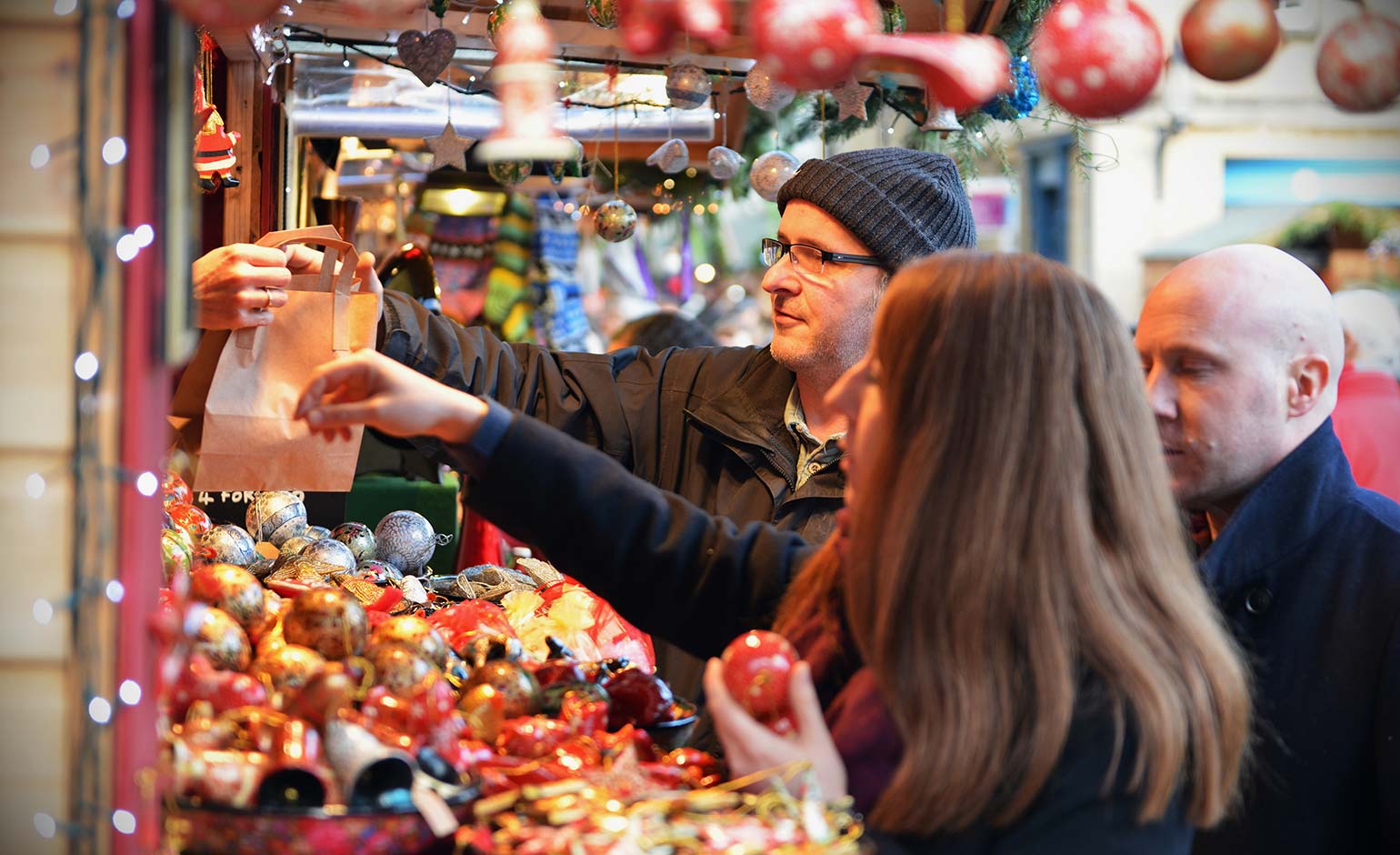 Batting off accusations the decision was made without transparency or a full risk assessment, Kevin Guy said he had not heard a single complaint.

Bath BID, which represents businesses, urged cabinet members to consider an extension when they voted last month to press ahead with the event, with fewer chalets and checks in place to either scale it back or cancel it.

Cllr Guy said he would consider the request and announced the market would run for seven days longer than normal, from 24th November to 19th December.

Writing to the council leader, Labour group leader Robin Moss said: “Your decision seems to fly counter to the cabinet discussions and is certainly not an example of a ‘transparent’ administration.

“What changed between June 23 when cabinet agreed an 18-day market and June 30 when you alone, and behind closed doors, agreed to extend it to 25 days?”

The pandemic forced the cancellation of the Christmas market last year.

In 2019 it brought some 400,000 visitors to Bath and generated around £32.5million. This year it will not be marketed internationally.

Cllr Moss asked what account had been taken of public health advice, the warning from finance boss Richard Samuel the event could create an “unrecoverable financial risk”, or the impact on residents and businesses when Cllr Guy approved the extension.

He added: “I’m sure that there is a discussion and consultation to be had about an extended and improved Christmas market, but for you alone to arbitrarily impose a new schedule in 2021 (of all years), for the decision to be taken behind closed doors and without a full financial risk assessment seems foolhardy, to put it politely.”

A week’s extension to the market was previously touted in 2018. The following year it was still held over 18 days but finished closer to Christmas, ending on 15th December.

Bath BID chief exec Alison Herbert told the cabinet meeting visitors find it “weird” that the market normally ends so long before Christmas and said an extension would “dilute the mass frenzy of the first weekend that people are not going to find comfortable this year”.

Responding to Cllr Moss, Cllr Guy said: “Six full days after cabinet has made that decision and with comprehensive media coverage I have not received a single, I repeat not a single complaint from any resident or business – in fact I have been bombarded with the biggest flood of compliments I have ever seen in 10 years of being a councillor.

“We have the best Christmas market in the UK and one of the best in the world.

“The Lib Dem group and I’m sure any sensible councillor will do everything in their power to promote local business and ensure they can get back on their feet after the terrible hardships of last year.

“The market creates jobs and wealth for all sections and demographics of our society and crucially it is a happy joyous event that brings families and the community together.

“Accordingly, if safe to go ahead, it should be supported and encouraged.”

Cabinet members and officers will consider at key gateway dates whether to scale back or cancel the Christmas market.

Despite the extension, the council still only expects to break even on the event’s £857,190 running costs with a £50,000 injection from its Covid outbreak management fund.

The event is expected to make a £50,000 profit next year, which will be carried over into the reserves for 2023.