A Bath hotel has kept its licence despite a “difficult” neighbour’s attempt to have it stripped away. 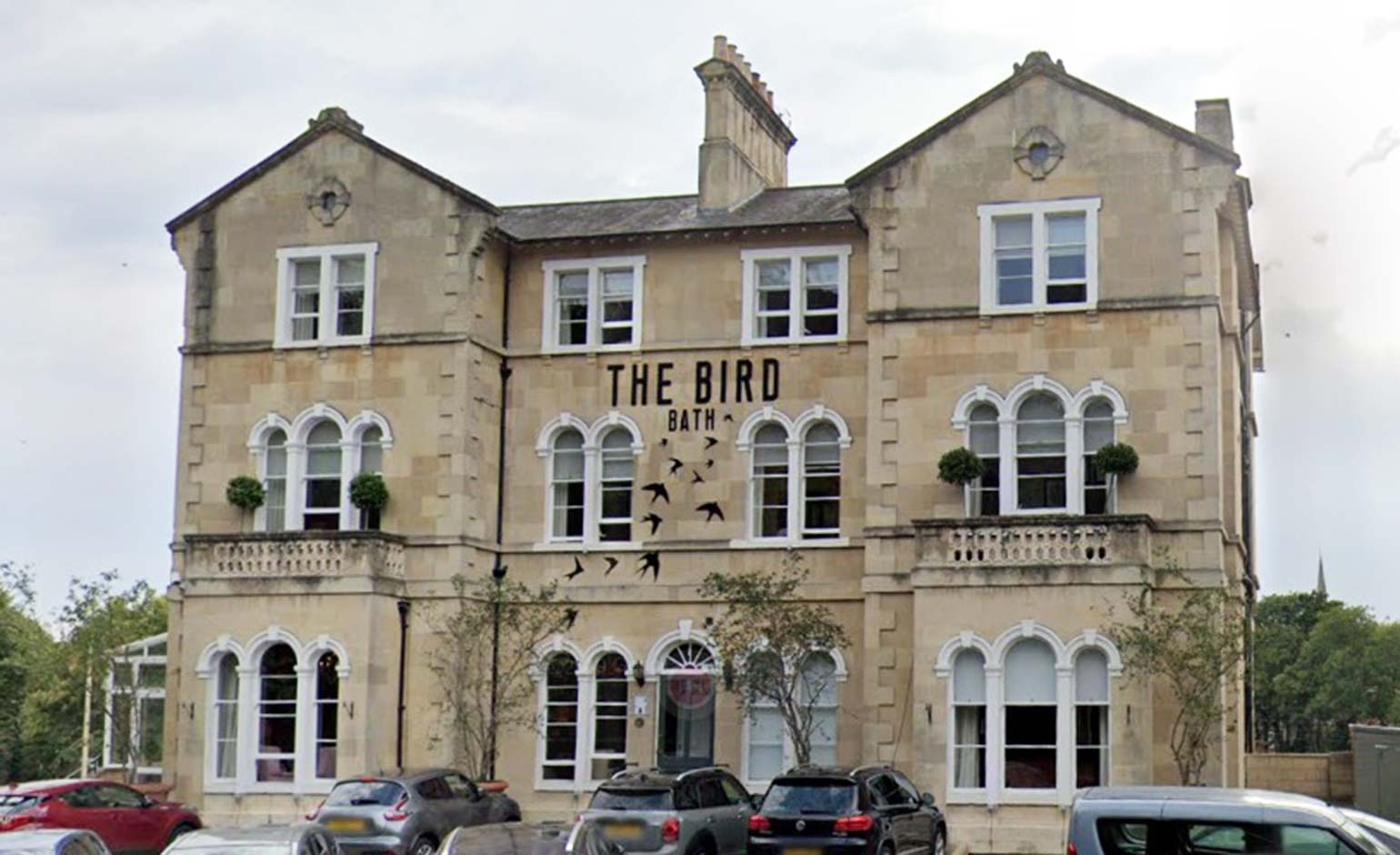 Arthur Dyer complained of constant noise, disruption and intimidation from hundreds of people congregating at The Bird, metres from his Pulteney Road home, where he has self-catering accommodation.

Representatives branded his call for the licence to be revoked “plainly disproportionate” and offered to speak to him to address his concerns in private.

They said The Bird is no longer being marketed as a party venue and instead will pitch itself as a boutique destination hotel offering fine dining.

Mr Dyer told Bath and North East Somerset Council’s licensing sub-committee on 22nd December: “The noise is at such an unreasonable volume the noise can be heard throughout my residence and is almost constant.

“It can be heard late into the night and throughout the day from 10am, which is clearly unreasonable by any objective test.”

He added: “I’ve lived at number 17 almost continuously since 1995 and did not come to the nuisance. The owners of The Bird have deliberately brought the problems of nuisance and other intentional violations of property rights.

“Unfortunately I find it hard to see The Bird will stop their actions on their own, especially given the location and source of the nuisance.”

Mr Dyer told the hearing he had initially tried to engage with The Bird’s new managers and owners but they “kept ignoring me”.

He said the issues were “really problematic” and directly affected the usability of his property, adding: “People don’t want to sleep in a room where you can hear people screaming and throwing parties.

“It’s not possible for me to sleep there because I’m being woken up by people playing music directly outside or even talking. Up to 500 people sat on the other side of the wall no less than a couple of metres, that’s incredibly disruptive.

“The only reason all this is there is because The Bird wants to make a higher, more concentrated opportunity for them to create revenue and money.”

In a written statement to the hearing, Mr Dyer said The Bird’s year-round use as a “party venue” was “intimidating and has made my garden non-functioning in any private manner”.

His neighbour, Reverend Neil Cocking, said it had been a respectable residential area until The Bird’s current owners took over, “trying to make it more like a nightclub”.

He said the neighbours’ concerns may be legitimate but a licensing hearing was not the place to consider a “classic” private nuisance complaint.

“Noise may be intrusive, but the fact you can hear it doesn’t make it a statutory or public nuisance,” said Mr Charalambides.

“I find it of great concern that having made the effort twice that Mr Dyer hasn’t engaged with us. He is a very difficult and somewhat sensitive neighbour.

“Be that as it may, we will continue to work with Mr Dyer and our invitation to talk to him remains open.

“The request for revocation is plainly disproportionate.

“We’re continuing to develop as a boutique hotel, a destination hotel. The focus is moving to fine dining, being able to drink and rest in good quality rooms. The focus on the party advertising under the previous general manager is being slowly moved away.”

He said the review “starts a conversation” between The Bird and Mr Dyer.

In correspondence shared ahead of the hearing, Jonathan Walker, The Bird’s new manager, said the outside speakers had been removed, guests would not be able to use the hot tub after 11pm and immediate action would be taken if disturbances were reported.

The licensing subcommittee decided to take no further action against The Bird.