Bath Rugby’s temporary stands could be in place until 2026. 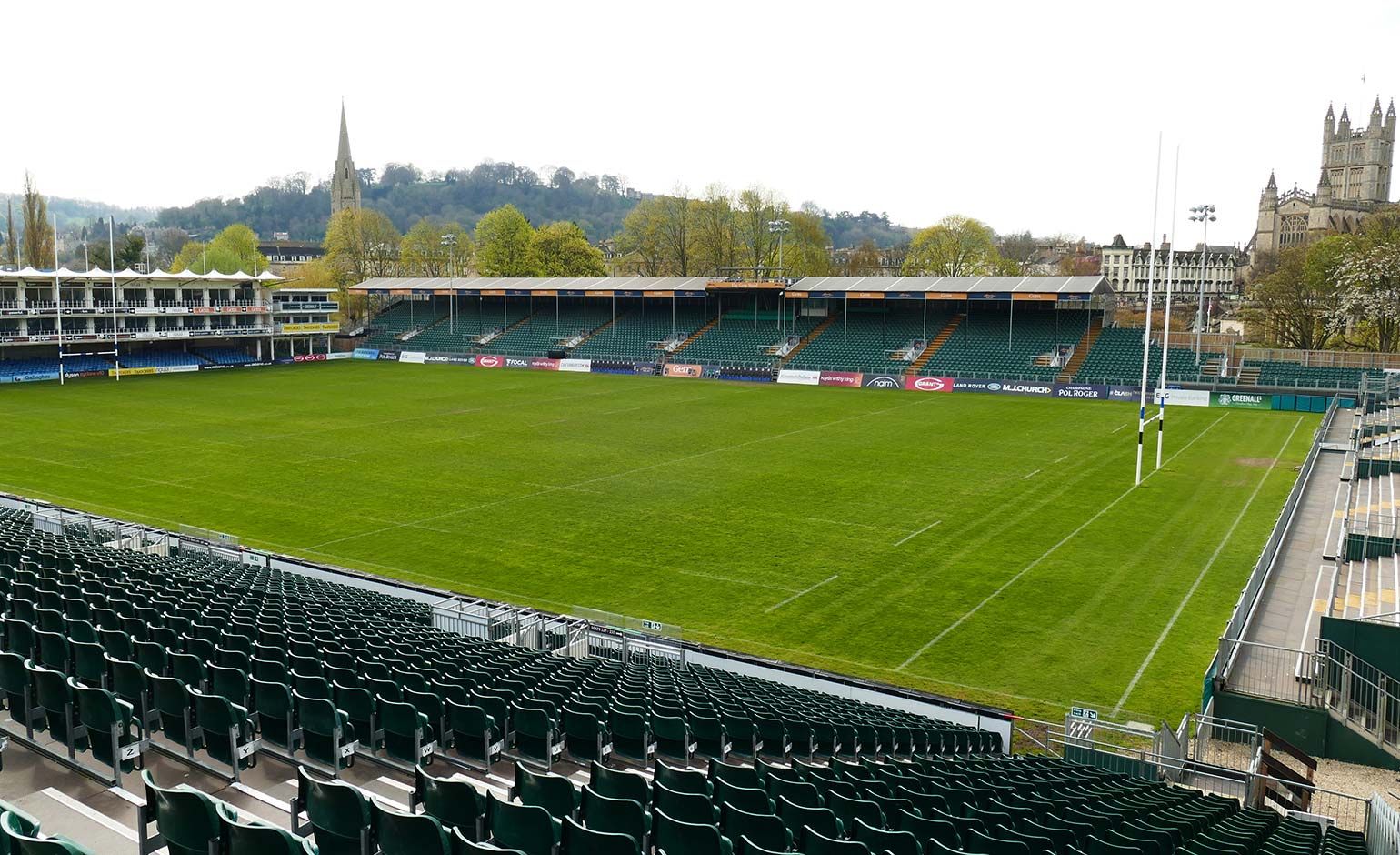 The club says it hopes work on its Stadium for Bath proposals will resume “imminently” after delays caused by court cases and the Covid-19 pandemic.

Before its new vision can be realised it has applied for another extension to keep the stands at the Rec in place for four more years.

The club said in its latest trio of applications for the four stands, which are currently scheduled to be removed at the end of May: “At the beginning of 2018 the Stadium for Bath project launched.

“There was significant work undertaken on the project in the subsequent two years, but as a consequence of the global pandemic, on May 14, 2020, it was announced that the project was paused, and remains so. It is hoped that it will recommence imminently.”

It added: “These applications, if approved, will allow the club to continue to operate at the Rec as it does presently for another four years.

“This will allow time for Stadium for Bath to submit their full planning application in due course and for it to go through the formal planning process.”

The temporary stands have been in place for 16 years, with the east stand meant to come down each summer – although last year Bath Rugby said “circumstances beyond our control” meant it could not comply with the planning condition.

In 2016 Bath and North East Somerset Council said the temporary structures could stay up for four more years while the club drew up plans for a permanent stadium.

Granting a two-year extension in 2020, planning officers said that while there was “no guarantee that a permanent solution will be found, it seems likely that a planning application will be submitted and considered within the next two years”.

Citing the widespread uncertainty caused by the pandemic, they said Bath Rugby would suffer considerable disruption if planning permission was not granted, and it would create uncertainty about the future use of the site.

Objectors claimed that allowing the temporary arrangement to stay in place even longer was “tantamount to making it permanent”.

Bath Rugby said in its plans: “These applications are submitted in the spirit of the overall strategy to redevelop the rugby stadium as the permanent long-term home of Bath Rugby Club.

“It seeks consent for a period of four further years whilst the above matters are hopefully clarified and the complicated planning application for a permanent solution can then progress.”

The club said the stands were still a necessity and its presence in the city benefited the local economy.