Bath Ales has extended its ongoing sponsorship of Bath Rugby, renewing its deal for a further season and continuing its support for the club which started back in 2014. 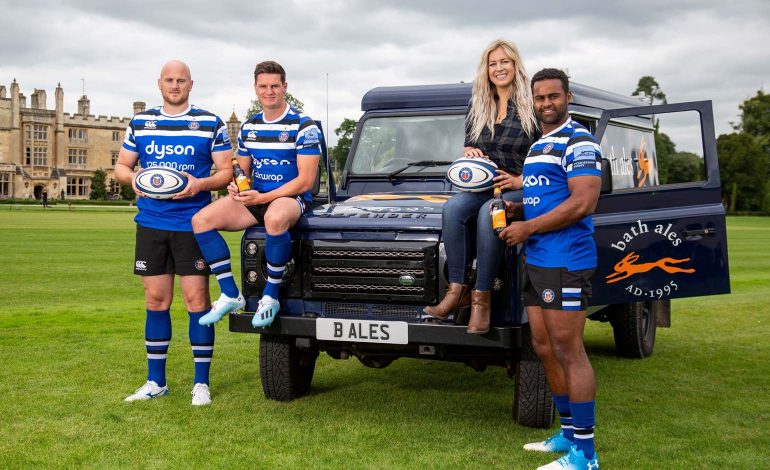 Gem, Bath Ales’ flagship amber ale, will continue as the ‘Official Beer of Bath Rugby’ and is served on cask at the Rec.

In total, over 145,000 pints of Bath Ales’ beer were sold at Bath Rugby’s home matches during the past year, including Sulis – the brewer’s first lager – Dark Side Stout and Prophecy New World Pale Ale.

As part of the ongoing partnership, Gem branding will continue to feature around The Rec and on the team’s official playing shorts.

The West Stand will continue to be known as the Gem Stand, as it has since it was officially renamed in 2016.

This year, the brewer will also be bringing its new Land Rover Defender bar to scheduled match days.

Vicky Guy, Bath Ales marketing manager said: “We’ve worked with Bath Rugby since 2014 and in that time, our partnership with the Club has gone from strength to strength.

“It’s a valuable platform for us as a business, which enables us to connect with consumers, beer lovers and Bath Rugby supporters to drive greater engagement with our brand.

“We look forward to the coming year and wish the squad the best of luck for the season ahead.”

Ben Wells, Chief Commercial Officer, Bath Rugby added: “We have established a very successful and longstanding partnership with Bath Ales over the past five years.

“As one of our key local partners, we’re delighted that Bath Ales will continue to be a key part of the matchday experience at the Rec, engage with our supporters beyond matchday and support our flagship event – The Clash – at Twickenham in April 2020.”

Tarquin McDonald, Bath Rugby’s CEO, cut the ribbon at the opening ceremony of Bath Ales’ new state-of-the-art brewery in May 2018.

Urgent decision due on 37 new homes delayed amid ecology concerns