The Abbey Hotel in Bath, which was bought by KE Hotels just over a year ago, has unveiled a selection of newly renovated bedrooms to appeal to arts and culture vultures staying in the city. 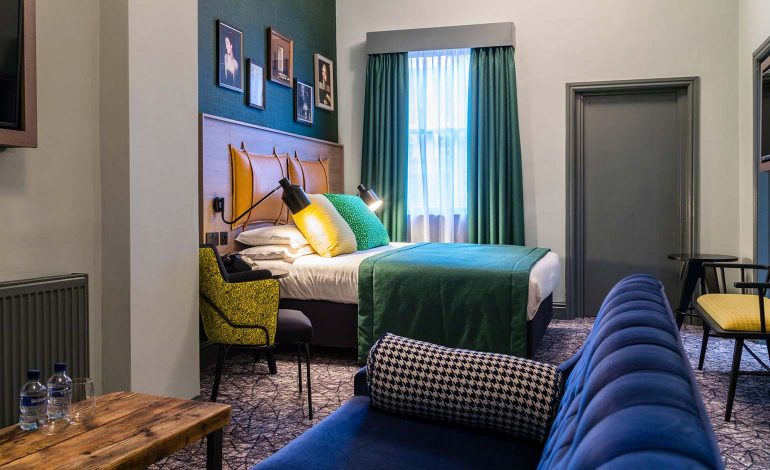 The new rooms follow a period of significant investment into improvements at the hotel, which also include the launch of the exclusive brasserie, Koffmann & Mr. White’s, and the redevelopment of the ArtBar, which is set to be completed by the end of March.

A selection of rooms at the hotel have been given a stylish makeover to cover three creative themes; film, art and photography.

From modern lighting to framed artwork and vibrant colour schemes, the concept for each bedroom is based on the city’s connections to art and culture over the years.

Josh Watts, General Manager at the Abbey Hotel, said: “We’re really happy with how the new rooms look. This is the latest in a line of renovations to modernise the hotel and make the Abbey a thriving cultural hub for guests.

“The balance of the newly designed modern rooms alongside our more traditionally styled rooms, means we can cater to a variety of different guests.

“Bath is home to an array of independent galleries and festivals that promote local artistic talent – something we’re really proud of at The Abbey.

“The hotel has long been known for hanging work by local artists in the rooms, restaurant and bar.

“A quintessentially Bath hotel, The Abbey is the perfect place to stay to get the most of what our beautiful city has to offer.”